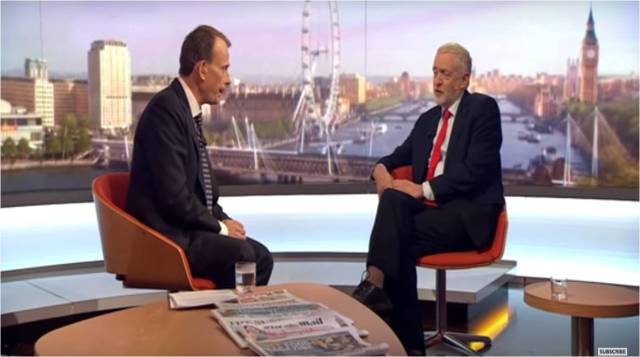 Sometimes nerdy political historians and political scientists could be accused of enjoying political shenanigans or borderline constitutional crises, like the Prorogation-Coalition Controversy of 2008, because they’re “interesting.” They are indeed interesting. But they are, more importantly, instructive and revealing.

I have experienced such a “teachable moment” myself over the Fixed-Term Parliaments Act and its procedure for early dissolution that requires a two-thirds super-majority in favour of the motion “That there by an early parliamentary election.” I’ve been following this issue of fixed-date elections in Canada and fixed-term parliaments in the United Kingdom for over five years, but this idea did not occur to me until I saw the Fixed-Term Parliaments Act in action — and it would probably never have occurred to me unless I had seen it in action. I used to regard these European-style fixed-term parliaments laws as vastly different in principle from our near-useless fixed-date election laws in Canada, because I got too caught up in the process and lost sight of the principle.

Two disarmingly simple comments by Conservative MP Jacob Rees-Mogg, who has consistently opposed the Fixed-Term Parliaments Act and voted against it in the last parliament, and Labour MP and leader Jeremy Corbyn, have exposed the futility of the Fixed-Term Parliaments Act. It does not create absolute certainty in the timing of general elections, and it does nothing to change the incentives that drive partisan politics.

Rees-Mogg then posed a rhetorical question, which reveals that he was right all along about this stupid legislation, to his Conservative colleague:

“But does this not demonstrate why the Fixed-term Parliaments Act can never work? No Opposition can sensibly say that they would prefer a Government they oppose to continue in office, rather than having a chance to defeat them. The Act does not therefore fit within our constitution, and it ought to go.”

Sadly, Peter Bone did not seem to grasp the significance and obviousness of Rees-Mogg’s statement. He replied:

“I rarely disagree with my hon. Friend, but I believe that these events are proof that the Act is working. I believe that we will have the required majority. […] Despite the party politics, this is a great day for Parliament and a small step forward for parliamentary democracy.”

Rees-Mogg was not suggesting that the motion would fail to attain the required two-thirds super-majority — to the contrary, he was saying that it would be inconceivable that such a motion would not meet that threshold, which, in turn, exposes the Fixed-Term Parliaments Act’s uselessness and futility as a means of preventing early general elections.

Jeremy Corbyn appeared on Andrew Marr’s show on 23 April 2017 and confirmed Rees-Mogg’s interpretation. Marr pointed out that Corbyn’s Labour Party could, in theory, have prevented this early general election from happening by voting against Prime Minister May’s motion “That there be an early parliamentary election” and thereby denying the motion the two-thirds super-majority that it required. This portion runs from 1:00 to 1:07 in this video.

Marr asked, “You could have stopped it [the early election] happening though, and you didn’t. Why?”

Unusually for him, Corbyn gave a very simple and straightforward answer: “Because opposition parties want to be in government.”

Indubitably! This is so obvious that I needed to see one of the two early election mechanisms of the Fixed-Term Parliaments Act in action, as we have over this last week, before I could truly wrap my mind around it and appreciate the elegant simplicity of it all.

In Westminster parliamentarism, Her Majesty’s Loyal Opposition acts as an alternative government, or government-in-waiting, and thus seizes upon any opportunity to form government itself. Supporting Prime Minister May’s motion for an early general election offered the Labour Party the best means of achieving its objective of forming government.

John Pepall advanced a similar argument in his under-rated book Against Reform: even Continental European-style fixed-term parliaments laws do not prevent a government, which is determined enough, from defeating itself and obtaining an early general election. Article 38 of Germany’s Basic Law provides that elections to the Bundestag take place on fixed terms every four years. However, Articles 67 and 68 of the Basic Law provides a loophole similar to one of the procedures in section 2 of the Fixed-Term Parliaments Act (but not that which May used). Governments can be replaced mid-parliament only through votes of constructive non-confidence under Article 67. But under Article 68, the Chancellor can arrange for the defeat of his own government by ensuring that some of his own supporters abstain from a crucial vote and thereby produce an artificial defeat:

While Continental European-style fixed-term parliament laws, of which the Fixed-Term Parliament Act is an example, can make early dissolution more difficult in theory, they only make obtaining a dissolution slightly more difficult in practice. And in principle, they do nothing to change the incentives under which political parties operate in Westminster systems: the government wants to stay in government, and the opposition wants to become the government.

My area of academic expertise lies in Canadian political institutions, especially the Crown, political executive, and conventions of Responsible Government; since 2011, I have made a valuable contribution to the scholarship by having been published and cited extensively in my field. I’m also a contributing editor to the Dorchester Review and a member of the editorial board of the Journal of Parliamentary and Political Law.
View all posts by J.W.J. Bowden →
This entry was posted in Dissolution, Fixed-Date Elections. Bookmark the permalink.