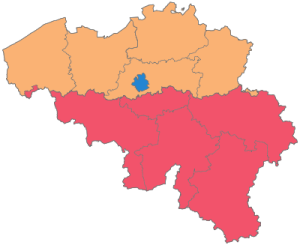 The charming non-country of Belgium shows the dangers of proportional representation. The Christian Democrats are always in power and can never be turfed out!

Trudeau II unwittingly made John Pepall’s case. In his 2010 book Against Reform, Pepall attributed most reform movements with dissatisfaction not with the system or institutions of government, but rather, with the policies or attitudes of the government of the day, or of the political party that happened to be in government at the time.

This pattern works on both the Left and the Right. For instance, after Stephen Harper became Prime Minister in 2006, he borrowed the Reform Party’s old matra, “The West Wants In!” and proclaimed, “The West is in.” Not surprisingly, rates of Western alienation decreased once the Conservatives formed government, and arguments for institutional reform, like the Triple-E Senate, also fell by the wayside – because what Western Conservatives really wanted was a Conservative government, not a Triple-E Senate with a Liberal government in power.

It is the ability to “throw the bums out,” more even than the ability to choose a new government, that is the most striking practical virtue of FPTP. Our governments are responsible, must answer to the voters, and are regularly defeated. Joseph Schumpeter (1987: 272) and Karl Popper (1963 and 1988, April 23) saw the ability to get rid of an unsatisfactory government as the purpose and test of democracy and condemned proportional representation for not seeing this.

To “throw the bums out” is almost impossible with proportional representation. In the 50 years after 1945 in 103 elections in Belgium, Germany, Italy, Japan, the Netherlands, Sweden, and Switzerland, the major governing party was only thrown from office six times (Pinto-Duschinsky, 1998, September 25). Major parties have remained in government for decades under proportional representation despite wide fluctuations in their votes.

And Trudeau II made precisely the same case to Le Devoir earlier this week:

Under Mr. Harper, there were so many people dissatisfied with the government and its approach, and people said, “It would take electoral reform to no longer have a government that we don’t like.” Yet, under the current system, they now have a government with which they are more satisfied. And the motivation of wanting to change the electoral system is less powerful [My translation].

Thank you, Prime Minister! You just put forward one of the main arguments in favour of single-member plurality: this system allows voters to make a decision and get rid of one government entirely and replace it with another. (Yes, we only elect members and not governments directly, but the point is that proportional systems try to impose artificial majorities where none exist, and they thereby allow politicians to negotiate with each other behind closed doors and form coalitions that no one voted for either). Proportional systems in fact make throwing one government out and replacing it with another almost impossible and therefore detract from the very same goal that the Prime Minister himself advocated in his interview with Le Devoir.

Single-member plurality allows peaceful revolutions by legitimating opposition and making Belgian-style coalitions, where the Christian Democrats have almost always stayed in power for the last one hundred years, more difficult. Our system also relegates “grand coalitions” of ideologically opposing parties to true national emergencies like forming Confederation itself, fighting world wars, and muddling through great depressions, which thereby legitimates opposition in politics, gives it a healthy outlet, and prevents both left-wing and right-wing extremists from gaining traction. In contrast, Germany has suffered under “Grand Coalitions” of the Christian Democratic Union and the Social Democratic Party – what are supposed to be the two main opposing parties – from 2005 to 2009 and again from 2013 to present. Consequently, political opposition in Germany has been channelled into the far-left Die Linke and the far-right Alternative für Deutschland.

As I suggested in my entry from 12 September 2016, “the general election of 2019 will be first-past-the-post.” The Prime Minister has stated his own apathy and ambivalence to electoral reform very clearly, which suggests that he would be content with letting the issue go away; in contrast, reforming the electoral system would require that the government take a firm stance on the issue and actually argue in favour or against something concrete! At any rate, time has already run out on electoral reform for 2019, except instant run-off balloting.