How the General Election of 2017 Will Occur in Practice 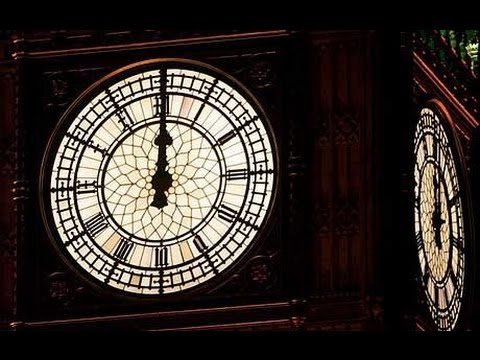 Earlier today, I was very confused to see that the Westminster Parliament is still sitting and conducting business. After all, MPs voted by a huge margin — well above even the two-thirds super-majority — to go to an early general election pursuant to the Fixed-Term Parliaments Act.

I committed the fallacy of mirror-imaging by presuming that the Mother of Parliaments would proceed with this matter in the same way that her wayward child the Parliament of Canada would. Here when the government loses a vote of confidence in the Commons, the House adjourns itself, and the Prime Minister typically advises the Governor General to dissolve parliament and issue the writs for a general federal election later that same day.

But this is not the case in the United Kingdom. First, I shall review the process of dissolution in the United Kingdom and then delve into the “Wash Up,” the week or two between a loss on a vote of confidence (or, in this unprecedented case, the successful passage of the motion to hold an early general election under the Fixed-Term Parliaments Act) that comes before dissolution and the general election.

The Practice and Procedure of Dissolution in the United Kingdom

The Fixed-Term Parliaments Act, 2011 — a piece of legislation whose radicalism is frequently under-estimated — has put the British Crown’s authority over dissolution into abeyance again, such that neither the Queen nor the Prime Minister and Cabinet play any role whatsoever in dissolving parliament.

By way of contrast, the general election of 2010 occurred under the old procedure, which relied on three steps set out in one proclamation. The Queen issued this proclamation “by and with our advice of the Privy Council,” to dissolve one parliament on 12 April 2010, instruct the Lord Chancellor to issue the writs of election, and summon the next parliament on 18 May 2010. [1]

The new British procedure under the Fixed-Term Parliaments Act, 2011 first played out for the general election of 2015. It includes three steps for dissolving the parliament, issuing the writs of election, and summoning the next parliament, but the first now flows from the authority of The Fixed-Term Parliaments Act itself and therefore no longer stem from the executive authority of the British Crown.

First, Parliament dissolves by efflux of time in accordance with section 3(1) of the act.

The Parliament then in existence dissolves at the beginning of the 17th working day before the polling day for the next parliamentary general election as determined under section 1 or appointed under section 2(7).

Second, pursuant to section 3(3), the Lord Chancellor and the Secretary of State issue the writs of election for the United Kingdom of Great Britain and Northern Ireland’s 650 constituencies.

Once Parliament dissolves, the Lord Chancellor and, in relation to Northern Ireland, the Secretary of State have the authority to have the writs for the election sealed and issued (see rule 3 in Schedule 1 to the Representation of the People Act 1983).

Third and finally, the prime minister advises the Queen to issue a proclamation summoning the next parliament on a certain date, now in accordance with section 3(4)(a).

As the Cameron-Clegg government stated in this press release in 2015, “Parliament has been prorogued and will automatically dissolve on 30 March under the Fixed-term Parliaments Act.”[2] It adds, “The prime minister will ask Her Majesty to summon the new Parliament to meet on Monday 18 May,” which means that the Queen still summons the new parliament on the prime minister’s advice – but this authority now flows from section 3(4)(a) of the Act and no longer purely from the prerogative. The London Gazette records the proclamation summoning the next parliament for 18 May 2015.[3] The proclamation also reiterates that the Lord Chancellor shall issue the writs of election.

The Fixed-Term Parliaments Act, 2011 put the executive authority over dissolution into abeyance; the Westminster Parliament can now ordinarily be dissolved only by efflux of time, or in two extraordinary circumstances set out in the statute, by the will of the House of Commons itself. Section 2 of the Act outlines these procedures. In one case, parliament may be dissolved early if two-thirds of MPs pass a motion “That there shall be an early parliamentary general election.” In the other case, if the Commons votes non-confidence in Her Majesty’s Government by simple majority (“That this House has no confidence in Her Majesty’s Government”) but subsequently fails to pass a confirmation vote for a new government (“That this House has confidence in Her Majesty’s Government”) within 14 days, then Parliament shall automatically dissolve in order to break the deadlock. The defeated government would remain in a caretaker capacity during the ensuing election and until the new Parliament meets and passes a confirmation vote in favour of a new government. But the Queen no longer dissolves parliament on the advice of the prime minister or under any circumstances whatever.

The Wash Up: Perhaps We Could Clean Up Our Act and Learn from the Mother Country

This “wash up” phase speaks to the maturity of British parliamentary traditions and shows that British parliamentarians can compartmentalize their functions better than ours can. The opposition can vote down the government — or, in this case, support the government’s motion to go to an early election — without all the omnipresent bitter acrimony that we saw in Canada in 2005 and 2011, when the Commons defeated the Martin government and Harper government, respectively, on motions of non-confidence. In 2005, the House adjourned immediately after the Martin government lost a vote of confidence on division. The same pattern held in 2011. Prime Minister Harper moved a motion to adjourn proceedings immediately after the government lost a vote of confidence on division. Our parliaments never met again. All legislation died on the Order Paper.

The Wash Up supports other procedures and prevents all legislation from being needlessly sacrificed. First, the Westminster Parliament is normally prorogued before being dissolved. This is because the British have also retained the prorogation ceremony in the House of Lords, which also serves as a forum for giving Royal Assent in Parliament Assembled to all remaining bills from that parliamentary session and the Wash Up. The Sovereign has not presided over it since 1854, and the Lord Chancellor has read the prorogation speech ever since. Prorogation by proclamation is almost unheard of in the United Kingdom, but it has become the norm in Canada. The Westminster Parliament’s website even says, Prorogation is marked by a ceremony in the House of Lords.”

Prorogation by ceremony in parliament assembled, instead of by proclamation, used to be the norm in Canada as well. The Governor General or Deputy Governor General would preside over a ceremony in the Senate, grant Royal Assent to all bills passed in that parliamentary session, and then prorogue that session by a closing speech from the throne analogous to the speech from the throne that opens a session of parliament. Parliament would remain prorogued for a few weeks or months, and then the Prime Minster would advise the Governor General to dissolve it, as with the 14th Parliament.[5]

The year 1979 provides an interesting study in contrast because it just so happened that both the Prime Minister Callaghan’s Labour government and Prime Minister Clark’s Progressive Conservative government lost votes of confidence. This is a good, direct comparison, because the procedure under the Fixed-Term Parliaments Act did not exist in 1979. Our Houses of Commons followed the same general procedures then.

As you can hear from 1:15 to 1:40, immediately after losing a vote of non-confidence, Callaghan said:

“I shall propose to Her Majesty that Parliament be dissolved as soon as essential business can be cleared up. And I will then announce as soon as possible the date of dissolution, the date of election, and the date of the meeting of the new parliament.”

Then from 1:49 to 2:13, Margaret Thatcher, Leader of Her Majesty’s Loyal Opposition and of the Conservative Party, affirmed that the Conservatives would agree to expedite essential business:

Frankly, this is what a mature country does. Canada is still a petulant, puerile adolescent in terms of its parliamentary development — and it shows.

The House of Commons defeated the Clark government on 13 December 1979 thanks to Joe Clark’s unpardonable stupidity and innumeracy. You can see the results from 3:17 to 3:30.

“The government has lost a vote on a matter which we have no alternative but to regard as a question of confidence, and I simply want to advise the House that I will be seeing His Excellency, the Governor General, tomorrow morning.”[6]

Prime Minister Clark then addressed the House briefly the following morning and informed his colleagues that he had spoken with the Governor General, who had agreed to dissolve the 31st Parliament and hold a general election on 12 February 1980.[7]

As some of my friends and I have discussed recently, I have to stop holding Canadian parliamentarians to the standard set by their British counterparts; otherwise, I shall remain in a state of perpetual disappointment.

My area of academic expertise lies in Canadian political institutions, especially the Crown, political executive, and conventions of Responsible Government; since 2011, I have made a valuable contribution to the scholarship by having been published and cited extensively in my field. I’m also a contributing editor to the Dorchester Review and a member of the editorial board of the Journal of Parliamentary and Political Law.
View all posts by J.W.J. Bowden →
This entry was posted in Crown (Powers and Office), Dissolution, Fixed-Date Elections. Bookmark the permalink.