What Is It About Dissolution That Everyone Finds So Confusing? 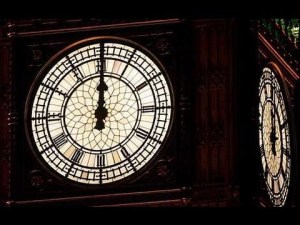 I’m posing this question seriously, because I genuinely don’t know the answer to it. It truly baffles me.

In brief, the Canadian fixed-term election laws do not prevent prime ministers and premiers from advising snap elections, precisely because they all deliberately preserve the authority of the Governor General and Lieutenant Governors to dissolve parliament and provincial legislatures. And both the principles of Responsible Government and the practice over the last 9 years necessarily mean and confirm that since the Governors’ authority is preserved, the first ministers’ authority to advise dissolution is also thereby preserved. Hence, snap elections are still possible, and they have happened on 5 occasions between 2008 and 2015 in jurisdictions with fixed-date election laws. The Canadian laws deliberately preserve the Crown’s authority over dissolution precisely because only a constitutional amendment under the Unanimity Formula of section 41(a) could eliminate it.

In contrast, the Fixed-Term Parliaments Act, 2011 in the United Kingdom has done precisely the opposite. As long as this law is on the statute rolls, the Crown of the United Kingdom’s authority over dissolution is in abeyance. It is dead. It is no more. It has gone to meet its maker. Dissolution is an ex-authority of the British Crown! In other words, neither the British Prime Minister nor the Queen has any role whatsoever in dissolution. They have no discretion over dissolution. The Prime Minister no longer advises the Queen to dissolve Parliament. Instead, the dissolution of the Westminster Parliament now occurs automatically, by efflux of time, pursuant to the authority of the Fixed-Term Parliaments Act itself. As the Cameron-Clegg government stated in this press release acknowledging the most recently dissolution and general election in 2015, “Parliament has been prorogued and will automatically dissolve on 30 March under the Fixed-term Parliaments Act.”[1]

While the Act does contain two exceptional procedures for two circumstances in which early dissolution can occur, the executive also plays no part and has no discretion in these mechanisms either. Section 2 of the Act outlines these procedures. In one case, parliament may be dissolved early if two-thirds of MPs pass a motion “That there shall be an early parliamentary general election.” In the other case, if the Commons votes non-confidence in Her Majesty’s Government by simple majority (“That this House has no confidence in Her Majesty’s Government”) but then fails to pass a confirmation vote for a new government (“That this House has confidence in Her Majesty’s Government”) within 14 days, then Parliament shall automatically dissolve in order to break the deadlock. The defeated government would remain in a caretaker capacity during the ensuing election and until the new Parliament meets and passes a confirmation vote in favour of a new government.

Philip Norton, a Professor of Government at the University of Hull and a Conservative life peer in the House of Lords, has written extensively about this issue from a British perspective, and I find that his blog posts and journal articles on the subject mirror almost exactly my work on this subject from a Canadian perspective. Just today, in fact, he had to publish yet another blog entry explaining  this aforementioned process. He has had to write that blog entry at least half a dozen times over the last few years, because no one listens. Similarly, I have had to explain until blue in the face that Canadian fixed-date election laws do not prevent snap elections.

Misleading claims in the media? Here we go again…. https://t.co/gRGlGN9uP4

Even though Canadian fixed-date election laws and the British Fixed-Term Parliaments Act have the exact opposite effects — ours preserves the existing order while the British statute has radically altered it — Canadian and British journalists and commentators both keep getting the facts wrong. What is it about dissolution that journalists on both sides of the Atlantic find so confusing? And why are these two contrary examples both so confusing?? That’s the part that really stumps me. That said, now that Stephen Harper is no longer Prime Minister, many Canadian journalists seem to have FINALLY come around to the facts of the matter.

My area of academic expertise lies in Canadian political institutions, especially the Crown, political executive, and conventions of Responsible Government; since 2011, I have made a valuable contribution to the scholarship by having been published and cited extensively. I’m also a contributing editor to the Dorchester Review and a member of the editorial board of the Journal of Parliamentary and Political Law.
View all posts by J.W.J. Bowden →
This entry was posted in Dissolution, Fixed-Date Elections. Bookmark the permalink.

5 Responses to What Is It About Dissolution That Everyone Finds So Confusing?