Good Evidence of the Corporation Sole and the Personal Union

Government House in Victoria, British Columbia (the state residence of the Lieutenant Governor of British Columbia) contains some good evidence for the fundamental constitutional arrangements of Canada and the United Kingdom, namely a Personal Union of separate Crowns, which are in turn corporations sole. The grand staircase of Government House includes the heraldry of all the members of the Royal Family who have stayed at the residence, as well as the personal heraldry of various Governors General. 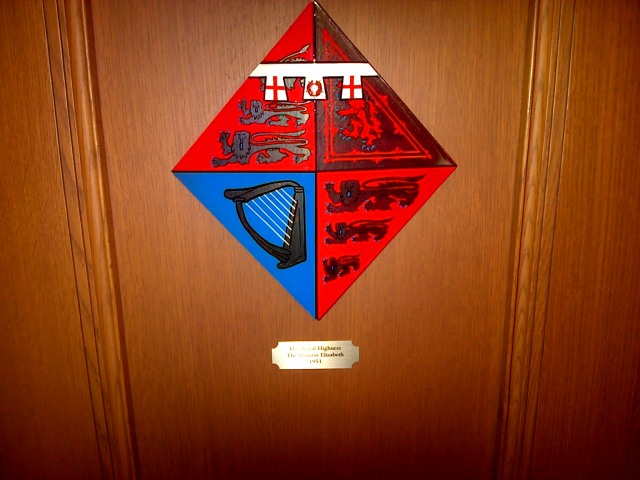 The British Royal Standard as a crest

The Canadian Royal Standard as a crest

Anne Twomey’s Interview on the CBC

Anne Twomey recently did an interview on the CBC regarding Canada’s useless statute on succession that promulgated nothing into law. Twomey mostly reiterated the arguments that she made in her blog entry, “The Royal Succession and the De-Patriation of Canada’s Constitution.” Twomey explained that the federal and state governments in our sister Realm of Australia would never accept the absurd argument of the Government of Canada that succession does not form part of Australian law but only British law. Thankfully, Australia has decided to alter its succession law under section 51(38) of its Constitution Act.

I will soon upload the parliamentary Hansard from 1937 and demonstrate that Prime Minister Mackenzie King, Minister of Justice Ernest Lapointe, and the Government of Canada believed that His Majesty’s Instrument of Abdication Act ensured that succession to the Crown extended to Canada as part of its law. Maybe the Government of Canada will find its own earlier position on succession (which contradicts its current position) persuasive.

My area of academic expertise lies in Canadian political institutions, especially the Crown, political executive, and conventions of Responsible Government; since 2011, I have made a valuable contribution to the scholarship by having been published and cited extensively. I’m also a contributing editor to the Dorchester Review and a member of the editorial board of the Journal of Parliamentary and Political Law.
View all posts by J.W.J. Bowden →
This entry was posted in Corporation Sole, Crown (Powers and Office), Succession (Sovereign). Bookmark the permalink.