The Macdonald-Laurier Institute’s Debate on the Crown: John Fraser vs. Michael Bliss

The Macdonald-Laurier Institute held a debate on the Crown on 14 March 2012 on the resolution that “The monarchy is a dangerous anachronism”. John Fraser opposed it, and Michael Bliss supported it. The erstwhile republican Jack Granastein presided over the debate but did not intervene. Regular readers will know that debunking republicans’ arguments has become one of this blog’s monarchist memes. I had hoped for an interesting debate from an informed republican who could offer legitimate criticism of the system, and an eloquent defence of constitutional monarchy and responsible government as the guardian of liberty and the form of government that best preserves accountability.

Jack Granastein started the debate by taking an informal poll of the audience and gauging our support for constitutional monarchy; by a show of hands, he reported that approximately 70% of the audience supported our system of government, and 30% opposed it. He asked the same question at the end of the debate and found the ratio unchanged, which means that both speakers failed to persuade anyone to change their views. Brian Lee Crowley raised his hand in favour of constitutional monarchy, and he told me in September 2011 of his support for constitutional monarchy. Crowley probably devised the resolution that “monarchy is a dangerous anachronism” in order to stir the passions of monarchists and republicans alike. I will analyze Bliss’s arguments, as well as some of Fraser’s responses that I considered inadequate.

Bliss started his presentation on a tautological note and spoke of the “self-evidence absurdity” of monarchy. If the monarchy were self-evidently absurd in the 21st century, then this debate would have been irrelevant, and Bliss and Fraser would have been wasting their time. 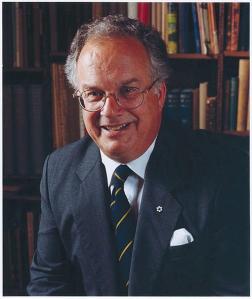 Bliss then advanced the trite republican idea, based on the superficial determinism of identity politics, that the Crown only “represents” Canadians of British origin. I deconstructed this argument in great depth in Right-wing Monarchists and Left-wing Republicans: The Inevitable Politicization of the Crown in Canada? This idea of course fails to take into account that some Canadians of British origin describe themselves as republicans and that many Canadians who lack British heritage support the Crown. In addition, it relies on what proponents of identity politics generally call “descriptive representation”, which is in fact not “representation” at all, but rather the affirmation or reflection of one’s values, “wilful self-righteousness”, and collective or individual self-assertion.[1] In addition, the Queen of Canada and the Governor General of Canada do not “represent Canadians”, though they may “represent Canada.” Only the House of Commons represents Canadians. The Governor General’s website, for instance, declares that the Governor General “represents Canada abroad”, upon the advice of the Prime Minister. The subtle distinction between representing the country and government on the one hand versus representing the people on the other is often lost in the cacophony. This superficial bastardization of representation, rendered into affirming and reflecting one’s belief system, derives from nationalist discourse and has no place with the Crown (Governor General) or with the Crown-in-Council (Cabinet).

Building on the language of self-assertive nationalism and identity politics, Bliss then proclaimed that we should abolish the Crown because no Canadian can ever become the Sovereign, our head of state. This is true, but I would argue, irrelevant. Instead of offering a definitive rebuttal to Bliss’s remark, Fraser took the dismissive approach and noted that because of recent royal marriages, two Canadians now find themselves in the line of succession. This is also true, but still irrelevant. Fraser should have responded that the Queen of Canada is a non-executive head of state, which means that the Prime Minister and Cabinet formulate and promulgate all government policies. Furthermore, anyone in Canada could work to become the Prime Minister of Canada – one does not even need to be a natural-born Canadian citizen in order to do so. Finally, the Letters Patent delegated most royal powers and authorities permanently to the Governor General, except in those rare cases when the Queen is actually in Canada, or when the Prime Minister asks her to travel abroad as Queen of Canada. Since 1952, all Governors General have been Canadian.

Bliss made several incorrect assertions throughout. He asserted that Spain is a republic, though he later acknowledged this error and corrected himself. However, he let two other significant mistakes stand; given his background as an historian, this disappointed me even more. One member of the audience asked what would become of the Crown’s treaties with Canadian aboriginals if the Crown of Canada were abolished. Admitting that he is not a lawyer, Bliss replied that the abolition of the Crown would not affect aboriginal treaties because Parliament now controls the Crown’s treaty-making powers. NO! The Crown has retained its prerogatives on defence and diplomacy, which includes despatching the armed forces and negotiating and signing treaties. Under responsible government, Cabinet now exercises these prerogatives through the Governor-in-Council. The House of Commons could withdraw its confidence from the government if it disagreed with a war or a treaty, but it neither initiates nor promulgates these policies. The ignorance toward the true nature of Crown prerogative in responsible government is more widespread that I had previously feared, infecting even political historians. 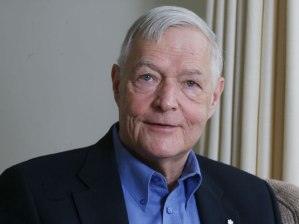 Some of my previous work deals extensively with Bliss’s other egregious mistakes and presumptions on the Governor General’s reserve powers and the constitutional relationship between the Governor General and the Prime Minister. I knew the correct answer; I was screaming it from the audience. Bliss asserted that Prime Minister Macdonald resigned in 1873 in order to avoid being dismissed by the Governor General, then Lord Dufferin. This is factually incorrect, as I demonstrated in “Dawson and Forsey Clash Over the Prorogation of 2008” and as Nick MacDonald and I explained in “No Discretion: On Prorogation and the Governor General.” In fact, Macdonald resigned because the House of Commons would certainly have withdrawn its confidence from his government. Lord Dufferin did not need to intervene because the system of responsible government worked as it properly should. Bliss also made an unsubstantial and unsubstantiatable counter-factual  that if the Governor General Michaelle Jean had dissolved the 40th Parliament in December 2008, “the Conservatives would have savaged her” and portrayed her as a meddling Liberal. First of all, this statement is impossible to prove, and as a counter-factual, is essentially irrelevant. Second, since the Governor General can only dissolve Parliament upon the advice of the Prime Minister and not on her own initiative; Jean could only have dissolved the 40th Parliament in accordance with Harper’s advice. He therefore would not have attacked her for having carried out his own advice.

Perhaps drawing on the Young Liberals of Canada’s republican motion to the Liberal Party’s recent policy convention, Bliss suggested that some kind of federal-provincial committee be struck in order “to consider the position of the monarchy” upon the demise of Queen Elizabeth II. This pointless idea overlooks that succession occurs automatically: upon the demise of the current monarch, the first in the line of succession immediately becomes the new Sovereign. Coronation ceremonies merely affirm a succession that has already occurred. This committee would therefore only consider one question: should the government abolish the Crown of Canada and become a republic? Contrary to what Bliss suggested throughout his presentation, the abolition of the Crown of Canada means throwing out and rewriting the entire Constitution of Canada, not merely amending it, because the Crown currently forms the basis of sovereignty and authority through the Crown-in-Council and the Crown-in-Parliament.

Unfortunately, neither speaker argued their respective positions as effectively as they could have. Michael Bliss made several blatant factual errors in addition to propagating several common republican misconceptions that I have already deconstructed in previous entries. (I will still reference them as needed). John Fraser did not offer a clear articulation of the benefits of responsible government and probably could have better explained why the Crown as an institution and constitutional monarchy protect liberty. Fraser also relied upon a subtle anti-Americanism as an argument against republicanism. I found Fraser’s anti-Americanism disappointing and ad hominem.  As I have written ad nauseam on Parliamentum, the American Revolution was in fact a civil war between two liberal factions, the Patriots and the Loyalists; both groups concerned themselves with good government that secured liberty, and they lived in both British America and in the United Kingdom itself. Of all the arguments in favour of constitutional monarchy and the Crown in Canada, “It distinguishes us from the Americans” is the weakest and most petty.  Overall, however, Fraser argued more effectively and persuasively. I do not draw that conclusion because I already agree with his position, but because Bliss made more blatant factual errors and severe misinterpretations of history.

My area of academic expertise lies in Canadian political institutions, especially the Crown, political executive, and conventions of Responsible Government; since 2011, I have made a valuable contribution to the scholarship by having been published and cited extensively in my field. I’m also a contributing editor to the Dorchester Review and a member of the editorial board of the Journal of Parliamentary and Political Law.
View all posts by J.W.J. Bowden →
This entry was posted in Conferences and Speeches, Monarchism v Republicanism and tagged identity politics, J.L. Granastein, John A. Macdonald, John Fraser, Letters Patent 1947, Lord Dufferin, Michael Bliss, Paul Benoit. Bookmark the permalink.

5 Responses to The Macdonald-Laurier Institute’s Debate on the Crown: John Fraser vs. Michael Bliss