Democracy Watch touts itself as “the most effective and successful national citizen advocacy group in Canada at winning systemic changes to key laws since […] 1993.”[1] But it has certainly not met with success in its quixotic crusade against the true nature of Canada’s fixed-date election laws. On the contrary, Democracy Watch, the dissolution-chasing advocacy group undaunted by a series of judicial defeats, has now suffered its sixth rout since 2009 and has come one step closer to proving the colloquial definition of insanity as trying the same thing over and over and expecting different results. Justice Russel W. Zinn’s ruling in Democracy Watch et al. v Prime Minister of Canada et al. follows closely on the heels of Democracy Watch v New Brunswick (the Attorney General), where Justice E. Thomas Christie delivered Democracy Watch another embarrassing defeat on 29 October 2021.[2] The Federal Court of Canada has upheld his own previous Conacher ruling from 2009, deferred necessarily to the decision of the Federal Court of Appeal in 2010 on the same Conacher case, and sustained the two Engels rulings by Alberta’s Court of Queen’s Bench in 2019 and Court of Appeal in 2020, as well as New Brunswick’s Court of Queen’s Bench in 2021.[3] Canadian courts have now, as of February 2022, upheld the correct interpretation of fixed-date election laws for the sixth time.

END_OF_DOCUMENT_TOKEN_TO_BE_REPLACED

“We can’t see it. But we’re all trapped inside these strange, repeating loops.” – The Matrix Resurrections

I recently stumbled upon what some backbench Conservative MPs said on inflation and the Liberal-New Democratic Entente. They denounced the Trudeau government for its inaction and refusal to combat inflation or treat it as something serious at all.

“The cost of living rose by 1.3 per cent in one month, the highest monthly increase since […]. This is damning evidence of the results of the government’s do-nothing policy; and I place equal blame on its partner in what I call this clandestine coalition that governs Canada, the New Democratic Party. […] The patchwork of temporary relief measures will have virtually no effect on the increase in the cost of living. The Trudeau government, coalesced with and kept in power by the NDP, is providing no leadership to Canadians in the fight against inflation.”[1]

So said the Conservative MP from Frontenac—Lennox and Addington.

One of his colleagues went further.

END_OF_DOCUMENT_TOKEN_TO_BE_REPLACED

The Importance of Narrative in Politics: The Example of Cabinet Manuals in Canada 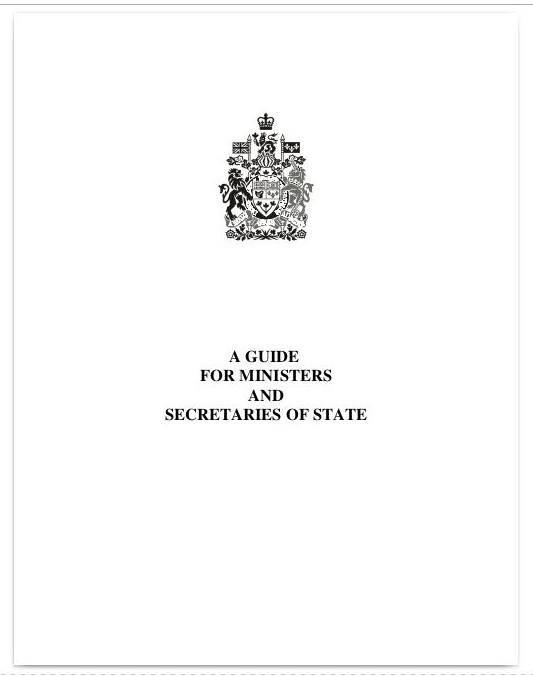 Sometimes the narrative surrounding an issue and the way that someone presents an issue overshadows the facts of the matter. Take, for instance, the case of the Guide for Ministers in Canada and this issue of cabinet manuals which some political scientists, notably Peter Russell, made topical in the early 2010s purely as a reaction against Stephen Harper’s early dissolution and tactical prorogation in 2008. The narrative which developed around cabinet manuals in the 2010s centered on transparency and accountability: these manuals lay out official interpretations of constitutional conventions, and they will therefore stop “abuses of power!” Here, you must, of course, ignore the fact that cabinet manuals are, by definition, produced by the very governments whom you’re accusing of abusing their authority in the first place. And you certainly must also ignore the fact that those cabinet manuals which do exist all directly contradict your interpretation of constitutional conventions and, in fact, specifically uphold the interpretation that you oppose.

END_OF_DOCUMENT_TOKEN_TO_BE_REPLACED

Nicholas Barry, Narelle Miragliotta, and Zim Nwokora have followed up on their work from 2018 “The Dynamics of Constitutional Conventions in Westminster Democracies” with an article on cabinet manuals entitled “The Prime Minister’s Constitution: Cabinet Rulebooks in Westminster Democracies.” They conclude: “We find that these rulebooks project an account of prime ministerial power that is favourable to the prime minister.”[1] They also noted that cabinet manuals “provide an authoritative account of the office of the prime minister and its role.”[2] They argue that cabinet manuals serve as instruments of prime ministerial control over the rest of cabinet, and they are certainly right.

END_OF_DOCUMENT_TOKEN_TO_BE_REPLACED

The Convoy Appeals to the Governor General to Overthrow Responsible Government 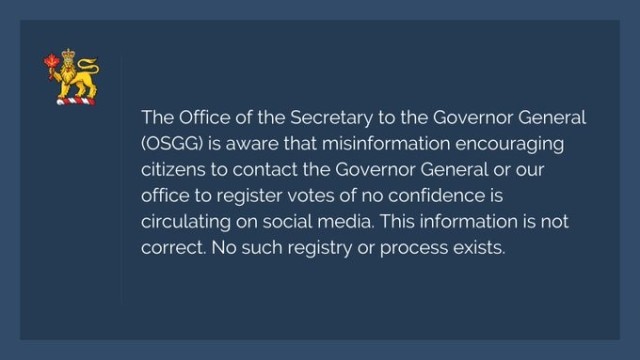 If you observe politics closely for somewhere between 10 and 15 years, you see pretty much everything at least once, as narratives and ideas switch parties and cycle through and recycle through yet again, with partisans on all sides remaining ignorant to the history of their methods and ideas and thus to the contradictions which they heartily embrace. I started observing Canadian politics in 2000 with the federal election that year, and I’ve written this blog since 2011, so I have seen numerous examples of this phenomenon over the last 22 years.

For instance, recent events have shown the renewed popularity in appealing to the Governor General of Canada to dismiss the current Prime Minister and ministry and thus overthrow Responsible Government itself. While under Harper, these calls came from the radical left, they now come from the reactionary right now that Trudeau is in office.

As such couple of old posts have gained new popularity over the last couple of weeks because the Convoy has set up petitions inundating Her Excellency Mary Simon, Governor General of Canada, with unsolicited requests that she dismiss Justin Trudeau as Prime Minister.