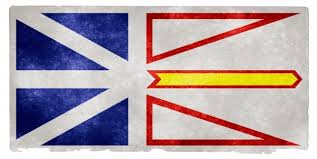 Since January 2019, speculation that Premier Ball of Newfoundland and Labrador will opt for an early election has mounted.[1] On 29 March, Ball confirmed that he would seek early dissolution so that the election itself occurs on or before 27 June 2019.[2] CBC News covered Ball’s announcement with the headline, “It’s Almost Official, as Dwight Ball Narrows Election Window.” In fact, as I pointed out on page 61 of my thesis, this did become official on 1 April: Newfoundlanders and Labradorians will certainly now go to the polls this spring and thus join Prince Edward Islanders in the second early dissolution and provincial general election of 2019.

Newfoundland and Labrador passed the second fixed-date elections law in Canada in 2004 by amending its House of Assembly Act and Elections Act[3] and further amended the law in 2015 for the same reasons that Manitoba, Saskatchewan, Prince Edward Island, and Ontario amended theirs: to avoid the potential of scheduling federal and provincial general elections at the same time. The province held only two regularly scheduled elections under the legislation, in October 2007 and again in October 2011. In 2015, the legislature amended the fixed-date elections legislation in order to avoid overlapping federal and provincial elections and added two provisos: one postponing the provincial election from the second Tuesday in October to the last Monday in November of the same year, and the other which has proven relevant here.

Section 3(4) of the House of Assembly Act obliged Premier Ball had to announce by 1 April 2019 whether he would opt for an early election, or whether he would follow the schedule and allow the election to take place in November 2019 under section 3(5) of the act.

Duration of House of Assembly

(5)  The last Monday in November in the fourth calendar year following the ordinary polling day for the most recently held general election is the alternative day referred to in subsection (4).[4]

Under section 58 of Newfoundland and Labrador’s Elections Act, the election campaigns must range from 28 to 35 days, and Premier Ball has indicated that he would want the election to finish by 27 June and the start of summer vacation. This would have left 30 May as the latest that Premier Ball could have advised dissolution.

Recent media coverage suggested that Premier Ball will want to run on the budget as a campaign platform.[5] The House of Assembly was not scheduled to sit again until 6 May and so would not have been able to pass the budget before then if it could not have passed it this week. The budget projects a surplus of $1.9 billion this year and will provide the Ball government with a positive foundation on which to run the Liberal Party’s election campaign.[6]

Hansard also records that MHAs expect an early election, too. For instance, on 11 April, Premier Ball took responded to a question from Ches Crosbie, the Leader of the Progressive Conservative Party and Official Opposition, by promising an early election:

CROSBIE: That’s quite a bombastic answer to a very simple question.

Will there be a budget debate?

Budget debate is used to flush [sic] out details and examine spending from previous years. Without budget debate government will hide, not only their plans but their actions from the past 12 months.

Will the Premier be open and transparent as he has promised and ensure that budget debate occurs so the people of the province can understand the financial condition of their province?

SPEAKER: The hon. the Premier.

PREMIER BALL: Mr. Speaker, every single government that has (inaudible), every budget that’s passed by previous governments, and this one for sure, will require a number of hours to debate that will occur on the floor of the House of Assembly.

Mr. Speaker, we have no date picked yet, but I can guarantee you, before we go to the doorsteps –

PREMIER BALL: – people will get, unlike in 2015 when we were left with the mess, people will get a very clear understanding of what this government has done.

This province is being turned around by the work of this government, and we’re prepared to have that debate with anybody, anywhere.[7]

CBC News is now reporting that the election will happen on 15 May, which means that Premier Ball will have to advise Lieutenant-Governor Judy Foote to dissolve the 48th Assembly today, 17 April, in line with the minimum writ of 28 days.[8] CBC News has even created a new webpage for coverage of the 2019 election.[9]

But this early election will only avoid overlapping federal and provincial elections in 2019 and will solve nothing over the long term: as long as Canada’s federal elections and Newfoundland and Labrador’s provincial elections remain scheduled for the same time – every fourth October – then they will continue to overlap in 2023, 2027, and so on, which means that Newfoundland and Labrador will, in turn, have to continue delaying its elections from October to November in perpetuity. Newfoundland and Labrador’s legislature should simply repeal sections 3 and 3.1 of the House of Assembly Act altogether instead of attempting to layer on another level of absurdity to the fixed-date election farce and re-scheduling elections for spring. Nova Scotia never adopted a fixed-date election law and still manages very well – better than the other provinces, even – without one.

My area of academic expertise lies in Canadian political institutions, especially the Crown, political executive, and conventions of Responsible Government; since 2011, I have made a valuable contribution to the scholarship by having been published and cited extensively. I’m also a contributing editor to the Dorchester Review and a member of the editorial board of the Journal of Parliamentary and Political Law.
View all posts by J.W.J. Bowden →
This entry was posted in Fixed-Date Elections, Reform. Bookmark the permalink.