A New Year’s Resolution for Political Scientists: Stop Saying That Parliamentarism “Fuses” The Executive and Legislature

Introduction: A Lazy and Stupid Metaphor

Political scientists like taking shortcuts and writing in shorthand. But sometimes, these cause them to get hopelessly lost rather than shortening their journey toward fact and truth.

For instance, too many political scientists of the 20th and 21st centuries — especially those dealing in comparative politics — try to explain parliamentary systems of government not in and of themselves but, instead, implicitly in opposition to presidential systems of government. [1] Consequently, they have committed a categorical error by claiming that parliamentarism “fuses” the executive and legislature together. They use this metaphor of fusion, presumably taken from physics, in order to explain the confidence convention in particular, and to contrast parliamentary government in general to the strong and strict separation of powers which characterizes presidential-congressional systems of government.

This Original Sin of this lazy imprecision traces its roots to the over-rated 19th-century English journalist and commentator Walter Bagehot, who first drawled it out in The English Constitution.

The efficient secret of the English Constitution may be described as the close union and complete fusion of the executive and legislative powers.[2]

The independence of the legislative and executive powers is the specific quality of Presidential Government, just as their fusion and combination is the precise principle of Cabinet Government.[3]

Woodrow Wilson cemented the American connection to the false Fusion Doctrine and became Bagehot’s greatest disciple in the United States, quoting Bagehot frequently in his treatise Congressional Government and writing of him glowingly in The Atlantic.[4] Under this combined influence of the Americanized Bagehot and President Wilson, Canadian and Australian political scientists assimialted this categorical error into their muddled thinking on parliamentary government.

A Proper Definition and A Proper Metaphor

The facts of parliamentarism expose the Fusion Doctrine as false, as does simple etymology.

Fusion refers to “combining two or more distinct entities into a new whole” and thus entails an outright transformation from two or more separate things into one new thing, distinct from its former constituent parts. 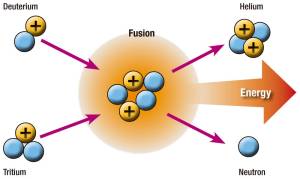 The  Fusion Analogy clearly does not describe parliamentary government— and nothing better demonstrates the falsity and laziness of this analogy than the writ, when parliament is dissolved but the executive remains in place. Cabinet ministers thus cease to be MPs during the writ but retain their status as Privy Councillors within the governing Ministry. If the legislature and executive were truly “fused” — which, by definition, entails the creation of one new entity — then this state of affairs, where an MP-Minister could cease to be an MP but remain as a Minister, could not happen because it would be a logical impossibility. Instead, it would be more accurate to say that Responsible Government maintains a narrow separation of powers, because the executive and legislature still retain separate identities and remain as separate categories, in contrast to the strict separation of powers under a presidential system.

Better still, we should restore the language of 19th-century Canadian constitutional historian and Parliamentary Librarian Alpheus Todd, who described Responsible Government as a means of bringing the executive and legislature into balance and “harmony,” and allowing them to act in concert.[5] When that harmony breaks down and becomes a discordant cacophony, either there must be a new Ministry, or a new parliament. British political scientists Rod Hague and Martin Harrop (amongst our living contemporaries) say, much more accurately than most of their peers today that “the executive in parliamentary government is organically linked to the legislature” because “the government emerges from parliament.”[6] Hague and Harrop thus reject mechanistic metaphors entirely and rightly think of parliamentary government, which evolved over time for practical purposes, in organic terms. It grows like a vine of ivy; it was not forged deliberately by machine to precise specifications from the beginning. 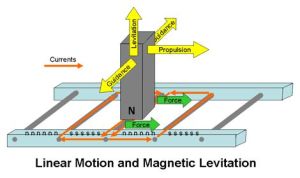 But if we had to adopt another metaphor from physics, like fusion, then the best analogy would be to something like magnetism, and more particularly, magnetic levitation, such as applied to locomotives. In this analogy, the railway track represents the House of Commons, the confidence chamber, and the train represents the executive: they exist separately but must act in concert in order to function. Magnetism maintains an equilibrium between the two. Alternatively, we could invoke the electro-magnetic spectrum and say that parliamentarism maintains a balance between the executive and legislatures so that the two act on the same wavelength and cannot become dissonant to one another.

The Constitution Act, 1867 entrenches Responsible Government and this balance between the executive and legislature through sections 53 and 54.[7] Section 53 mandates that all money bills must originate in the House of Commons, from which the bulk of the Ministry is drawn; section 54 states that all money bills must receive the Royal Recommendation, which the Governor General grants on ministerial advice.

53. Bills for appropriating any Part of the Public Revenue, or for imposing any Tax or Impost, shall originate in the House of Commons.

In other words, only the people’s elected representatives can introduce bills that would levy tax or grant expenditures, and that bill can only proceed if the executive wishes to take responsibility for it. Lord Durham referred to this arrangement as “the real protection of the people”[8] because this tandem ensures that parliament only approves appropriations which have the support of a majority of elected MPs, and thus those who represent the majority of the people.

In his famous (or infamous) report, Durham recommended adopting the Royal Recommendation as the antidote to what he called “tacking,” the practice through which individual MPs proposed capital expenditures which benefited mostly or solely their own constituencies. If that sounds like a standard critique of pork-barrelling or log-rolling in the United States Congress, that is no coincidence.

The United States Constitution sets up a presidential-congressional system that relies on a rigid separation of powers and something resembling a republican analogue of the 18-century British system, “The Balanced Constitution, before the modern party system and complete collective ministerial responsibility had emerged. The Ineligibility Clause prevents the executive and legislature from operating on the same harmonic wavelength because it expressly forbids congressional representatives from serving simultaneously as cabinet secretaries. This provision of the US Constitution prevented anything like Responsible Government (or “Cabinet Government,” as the British would say) from ever evolving organically in the United States.

No Senator or Representative shall, during the Time for which he was elected, be appointed to any civil Office under the Authority of the United States, which shall have been created, or the Emoluments whereof shall have been increased during such time; and no Person holding any Office under the United States, shall be a Member of either House during his Continuance in Office.

While the Origination Clause of United States Constitution also drew upon the British tradition and mandated that money bills must be introduced in the lower house, the House of Representations, the US Constitution contains no equivalent to the Royal Recommendation.

All Bills for raising Revenue shall originate in the House of Representatives; but the Senate may propose or concur with Amendments as on other Bills.

While the President can, by statute, introduce a budget to Congress, Congress can amend or reject it at will because it retains the absolute and ultimate power of the purse under the Constitution. Neither the President nor the Secretary of the Treasury are responsible for the budget that Congress passes. The President and cabinet secretaries remain in office pursuant to Article II of the US Constitution, not at all based on whether they command the confidence of Congress.

These political scientists in note 1 and their confederates should make a New Year’s Resolution that they will stop propagating this false analogy of the “fusion” of the executive and legislature — and they should most certainly stop teaching this myth to undergraduates. Be like Hague and Harrop.

[8] John Lambton (The Earl of Durham), The Report and Despatches of the Earl of Durham, Her Majesty’s High Commissioner and Governor-General of British North America (London: Ridgways, 1839), 211.

My area of academic expertise lies in Canadian political institutions, especially the Crown, political executive, and conventions of Responsible Government; since 2011, I have made a valuable contribution to the scholarship by having been published and cited extensively in my field. I’m also a contributing editor to the Dorchester Review and a member of the editorial board of the Journal of Parliamentary and Political Law.
View all posts by J.W.J. Bowden →
This entry was posted in Reaffirmation of, Responsible Government, Separation of Powers. Bookmark the permalink.

4 Responses to A New Year’s Resolution for Political Scientists: Stop Saying That Parliamentarism “Fuses” The Executive and Legislature