Does Budget 2016 Acknowledge That Electoral Reform Won’t Happen Before 2019? 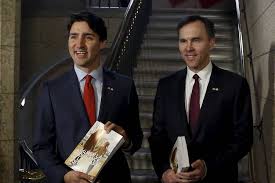 As I noted in my column “Time Has Run Out on Electoral Reform,” it is too late to implement a proportional system like MMP or STV in time for the next scheduled federal general election in 2019.  This is because the process of switching from SMP to MMP or STV —from tabling the electoral reform bill in the House of Commons to the Governor General giving the bill royal assent and making it law; to the electoral boundary commissions undertaking their consultations and establishing the new borders of electoral districts — takes over two years, possibly closer to three years. The Special Committee on Electoral Reform is scheduled to table its final report on 1 December 2016, after which parliament would have to consider a bill amending section 51(1) of the Constitution Act, 1867 and section 313(1) of the Canada Elections Act. The last bill amending the population formula in section 51(1) of the Constitution Act, 1867 took six or seven weeks to pass, but with little debate because it kept the principles of the electoral system itself intact. It stands to reason that a bill that proposes to alter the electoral system would take longer to pass because it would be more controversial.

When I was looking through my notes today, I discovered that the Trudeau government has tacitly — but perhaps unintentionally — acknowledged these logistical considerations in Budget 2016, because it  allocates funds and scheduling public consultations for the upcoming special committee on electoral reform over a period of four years.[1]

The Government has committed to restore public trust and faith in the political system by demonstrating to Canadians that their votes count and help shape the policies their governments pursue. As a first step, the Government is committed to working with Parliamentarians to establish a special all-party committee with a mandate to study electoral reform options that would be the basis for a cross-country consultation. Budget 2016 proposes to provide up to $10.7 million over four years, starting in 2016–17, to conduct outreach, raise awareness and encourage the participation of Canadians in consultations on voting system reform. This will complement the work of the Parliamentary committee so that reforms to our democratic institutions are developed through an open and transparent engagement process that includes all Canadians.

If the Trudeau government intends to conduct “consultations on voting system reform” on a budget of $10.7 million over four years, starting in fiscal year 2016, then, logically, it cannot claim also that the next scheduled general federal election in 2019 would be conducted under a new system — unless they intended on consulting  the public retroactively on a decision already made. The funding will run to 2019 if the four years are inclusive of 2016, but parliament would have to have passed the law implementing a new electoral system well before then.

As this sentence is written, the logical and grammatical meaning is that the consultations on switching electoral systems would take place over four years, which in turn means that no decision would be made during that same period. It also mentions conducting outreach and raising awareness on voting system reform — but it does not mention implementing a new system.

I suppose that it is possible that Department of Finance meant that the this four-year program would include both consultations before changing the electoral system and outreach after parliament has changed it. But, at best, the phrasing is ambiguous, and, at worse, this is simply not what Budget 2016 means.