The Wrong Way to Limit a Premier’s Power to Prorogue: Why Catherine Fife’s Bill Is Unconstitutional 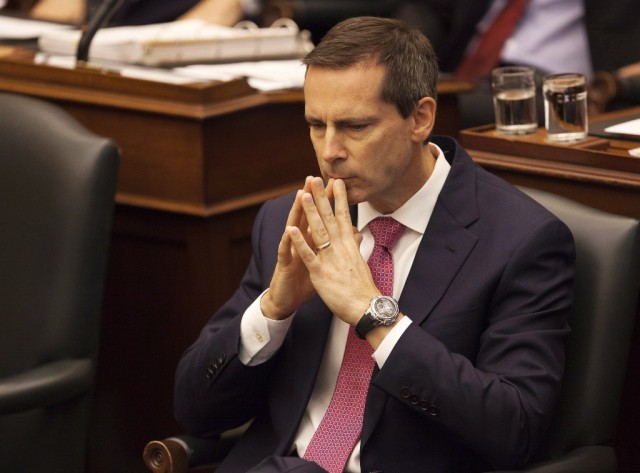 My column appears in iPolitics under the title, “The Wrong Way to Limit a Premier’s Power to Prorogue.” I am grateful to Doug Beazley for having published it in the “Insight” section.

The controversial prorogation of former Liberal Premier Dalton McGuinty lasted from 15 October 2012 to 19 February 2013. With the legislature back in session, the political backlash to this political tactic has just begun.

On 5 March 2013, New Democratic MPP Catherine Fife introduced a private members’ bill that would amend the Legislative Assembly Act so that the Premier could no longer exercise the judgement and discretion when to advise the Lieutenant Governor to summon and prorogue the legislature. Instead, the Premier could only offer this constitutional advice after “the Legislature has adopted a resolution in support of the prorogation.”

The bill would also require that “the Premier shall also advise the Lieutenant Governor to summon the Legislature in accordance with the recommendation of the Assembly.” The Legislative Assembly would de facto prorogue and summon itself, and the Premier would no longer be able take responsibility the act of the Crown for prorogation.

Despite the bill’s assertion that “nothing alters or abridges the powers of the Crown, including the power to prorogue, dissolve or summon the Legislature,” all the preceding sections would alter and abridge the power to summon and prorogue the legislature.

This bill would be unconstitutional because only an amendment under section 41(a) of the Constitution Act, 1982 can change anything “in relation to the office of the Lieutenant Governor of a province.”

This bill would limit how the Premier can exercise the discretion to advise and take responsibility for summoning and prorogation and therefore necessarily limit how the Lieutenant Governor promulgates that advice. The legislature cannot drive a wedge between the Governor and First Minister of the Crown without a constitutional amendment.

However, the Legislature could pass a bill that better defines prorogation, provided that it also preserves the respective constitutional roles of the Premier and Lieutenant Governor. The Government would only have to advise the Lieutenant Governor to give the bill Crown Consent (if the provincial legislatures, like the Parliament of Canada, also recognize this procedure).

First, the Legislature could define “prorogation” and “intersession” in statute without infringing upon the power itself. The Legislative Assembly Act currently states, “It is not necessary for the Lieutenant Governor in proroguing the Legislature to name a day to which it is prorogued.”

The Legislature could amend that law such that the Lieutenant Governor issues two proclamations (on and in accordance with the Premier’s advice): the first would prorogue the legislature and the second would summon the next session for despatch of business at, say, intervals of 40 days. The Premier could only advise the Lieutenant Governor to extend the intersession through another 40 days through a subsequent proclamation. Such an amendment would bring Ontario in line with the federal convention on prorogation.

Special Warrants are a pure statutory power and pertain neither to the written constitution nor to constitutional conventions. MPPs could simply amend section 1.0.7(1) of the Financial Administration Act to read “If the legislature is dissolved” without raising any constitutional questions. By restricting the Special Warrants to the writ, the legislature would place an indirect but practical and important limit on the duration of a prorogation. Whenever the Government ran out of money during an intersession, Parliament would have to be recalled in order to approve any additional spending.

NDP leader Andrea Horwath has touted this bill as “taking the politics out of prorogation.” In reality, this bill would inject even more politics into every subsequent prorogation – particularly in a minority parliament – and would be unconstitutional. Thankfully, the Legislature could amend the bill at committee so that it both promotes the same principle of better defining prorogation and conforms to the constitution.

James W.J. Bowden is an M.A. Candidate at the University of Ottawa.

My area of academic expertise lies in Canadian political institutions, especially the Crown, political executive, and conventions of Responsible Government; since 2011, I have made a valuable contribution to the scholarship by having been published and cited extensively. I’m also a contributing editor to the Dorchester Review and a member of the editorial board of the Journal of Parliamentary and Political Law.
View all posts by J.W.J. Bowden →
This entry was posted in Crown (Powers and Office), Prorogation and tagged Andrea Horwarth, Catherine Fife, Dalton McGuinty, s.41(a), Special Warrants. Bookmark the permalink.

9 Responses to The Wrong Way to Limit a Premier’s Power to Prorogue: Why Catherine Fife’s Bill Is Unconstitutional