Blogrolls *Are* Endorsements: Excellent and Interesting Blogs on the History and Practice of Westminster Parliamentarism 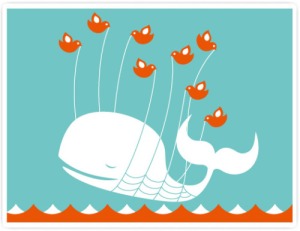 Retweets are not endorsements? #failwhale

No practice in social media has made me bristle with indignation more than this ubiquitous and irritating phrase on Twitter, “Retweets are not endorsements.” You may also have seen the qualified, Mackenzie King-style version, “Retweets are not necessarily endorsements” (which means that some retweets are in fact endorsements, but not all of them are) or even the truncated litigiousness contained in “RTs ≠ endorsements.” (At least in the latter template, the user had the wit and creativity to include a proper mathematical symbol in this otherwise dull affair). Why would someone waste 29 characters on this litigious pretension? I barely managed to squeeze my brief bio into the straightjacket of Twitter’s conformist brevity. I attribute this horrid little trend to the disproportionate presence of journalists and politicians on Twitter, and their generally incestuous co-dependency, for having turned that medium into the latest front in the continuous “air war” for communications supremacy.

On Parliamentum, however, I do treat my blogroll as an endorsement, either to support the aspirations of other young emerging scholars or to showcase the important and most excellent contributions of established scholars and researchers throughout the core Commonwealth who also deal with the history and practice of Westminster parliamentarism. And “endorsement” does not mean “agree with”; it means that one finds something noteworthy, interesting, well-written, well-argued, relevant, or important. I could disagree with an author while still “endorsing” his well-written, relevant, important scholarship, for instance. I highlight the work of other scholars in order to fulfill my goal of making Parliamentum “a hub of research” on Westminster parliamentarism and to build informal networks of peer review.

At the risk of playing favourites and offending the other writers on my blogroll, I would recommend in particular the blog of Janet Ajzenstat, Professor emerita of Political Science at McMaster University, who has contributed so much to the Canadian scholarship on the classical liberal origins of Confederation and the great Whiggish tradition of Canadian political thought, which most Marxists academics have ignored and glossed over at the expense of this country’s true history. Lord Norton of Louth, Professor of Government at the University of Hull and Conservative Peer in the House of Lords, both practices and studies politics; recently, he has emerged as the leader of the “counter-reformation” of the House of Lords in order to preserve its essential character as a house of review and in order to preserve Responsible Government and the primacy of the Commons within the Crown-in-Parliament.

I only recently stumbled upon “The House Divided: Politics, Procedure, and Parliament” and appreciate this anonymous author’s attention to the esoteric but important issues like the prerogative powers of the Crown and his or her cogent historical analyses. (Incidentally, I also very much appreciate the quote by Benjamin Disraeli and might have to update my own by-line with a similar citation). Finally, I can always trust the writers of “On Procedure and Politics” to provide detailed technical briefings on the minutia of parliamentarism and excellent comparative analyses of various Westminster jurisdictions; the website recently won a well-deserved recognition from the Canadian Weblog Awards.

Several good sources on Westminster parliamentarism have managed to secure a niche market online, and I hope that they can hold onto it.

This entry was posted in Random Thoughts. Bookmark the permalink.