Orrrrrrrddaaaaa! Speaking in the Second Person 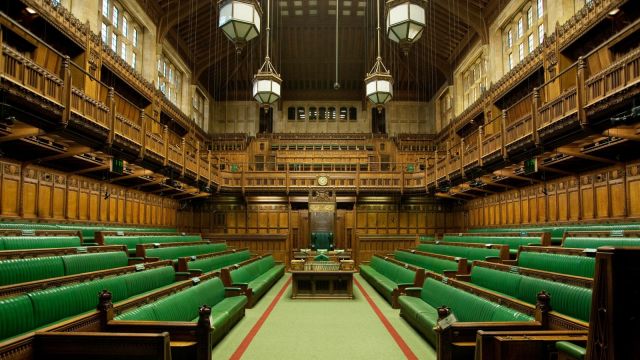 Speakers of the House of Commons of Canada sound so flat when they say, “Order” in our rhotic (pronouncing the ‘r’) North American accents. Australian and British Speakers of the House sound far more comical and entertaining when they yell out a long “ooooooorrrrrdddddaaaaaaa” because their non-rhotic accents allow them to carry the last syllable as a vowel, more like singing than speech. That’s why John Bercow’s infamous calls to oooooorrrrrrrrdddddaaaa! lend themselves to songified remixes on YouTube, while Peter Milliken’s simple “orders” never did. The same goes for a chorus of “hear, hear,” which British and Australian MPs often chant out and elongate in their non-rhotic accents, but which Canadians MPs always say in a short, clipped form that befits their rhoticity.

Speaking in the Third Person in Theory

For centuries, parliamentarians have held that they should address one another in the third person – “my honourable friend,” “the member opposite”, the “member for x”, “he,” “she,” etc. – so that they can speak freely but decouple their express strong views and divergent opinions from their colleagues as individuals. Members of Parliament instead address the Speaker. When they say “you,” they are, or at least should be, talking to he Speaker and not to another MP. Members of Parliament address the Speaker when they talk in the House of Commons. Legislative bodies like the House of Commons and Senate are masters of their own proceedings and derive the authority to determine and enforce their own rules through collective parliamentary privilege. This tradition from the Westminster Parliament carried over into legislatures throughout the British Empire in the 13 Colonies, British North America, British Australasia, and the Caribbean. Even the United States House of Representatives recognises that members shall speak to each other in the third person and address the Speaker; it does so through rules 1(a) and 1(b) of “Decorum and Debate” in its modern Rules, equivalent to our Standing Orders.

Speaking in the Second Person in Practice

And yet, in practice, whether MPs adhere to and respect this cardinal rule depends upon whether the Speaker enforces it and whether members police each other.

Decorum – and I use that word loosely – in the Australian House of Representatives starts at a low bar at the best of times. This chamber sees a lot of barracking about (as our Aussie cousins would say), and Australian MPs seem to respect their Speakers far less than their Canadian counterparts. MPs frequently spoke to each other directly in the second person in Paul Keating’s premiership. Keating himself took great relish in mercilessly excoriating a succession of Liberal leaders in opposition. “How you goin’ out there, Curly? Old Darling?” taunted Keating at Alexander Downer.

In fact, Paul Keating spoke directly to the Liberals and Nationals in the second person by default, and the Liberal shadow ministers similarly asked Keating questions direclty in the second person – and the Speaker never intervened. This compilation of Keating’s greatest hits contains numerous examples. Perhaps the House of Representatives has changed its Standing Orders since the late 1980s or early 1990s and only recently adopted the rule that MPs “address the Speaker,” but I doubt it, given that this rule or custom goes back centuries. It is not a novel thing.

John Bercow often looked like he has just rolled out of bed, could never be bothered to comb his hair, and never wore the Speaker’s robe correctly. He also eschewed the traditional Speaker’s uniform which Speakers of the House of Commons of Canada still don (but with a tricorn instead of a wig). But Bercow did at least enforce this ancient custom that members of parliament shall address the Speaker and therefore refer to each other in the third person.

Prime Minister David Cameron once asked Opposition Leader Ed Miliband, “Will you use the veto?”, and Speaker Bercow intervened immediately and answered that question posed in the second person. He also admonished Cameron for not respecting parliamentary tradition.

“Or-orrdaa! Or-orrdaa! I won’t be using the veto, and I would ask the Prime Minister — this is about the tenth time I’ve asked him — to respect parliamentary procedure in these matters.”

On another occasion in 2012, independent MP Dennis MacShane rose on a point of order to remind the House that members should address each other in the third person:

“Mr. Speaker, might it be possible for an article to be placed in perhaps the House magazine, perhaps written by the Clerk, on the importance of using the third person singular in this House rather than “you.” This isn’t just fussy parliamentarianism. It’s a very important point that allows us to exchange the most bitter views but not make it person, not ‘you’ it, not make it in the third person. I just think that one shouldn’t just throw this quite important protection for us [away]. We’re friends outside the House, whatever anger we have inside this chamber, providing we keep it in the third person.”

“I appreciate the support of the Right Honourable Gentleman. I think his point is valid. I’ll reflect on his particular suggestion. Certain if there’s to be an author, it’s scarcely conceivable that there could be a better author than the person whom he has just identified.”

But the current House of Commons, elected in 2019, has seen a shift in tone. Sir Lindsay Hoyle allows MPs to deploy the second person with reckless abandon and never intervenes to enforce decorum. I first noticed this tendency in the recent row over parties at Number 10 Downing Street where Prime Minister Boris Johnson and other Conservative cabinet ministers and political staff violated the rules that they themselves put in place and presumed to impose on the rest of the British population to contain the spread of COVID in 2020, before vaccines had become available. Sir Keir Starmer mocked the Johnson Waffle in the vocative case: “Prime Minister, this isn’t working!” Starmer did not say “you,” but the vocative structure of the sentence means that he spoke directly to Johnson and not to the Speaker. Hoyle never intervened. But the way that Starmer delivers the line at 4:38, “His defence, that he didn’t realise he was at a party” will continue to make me laugh no matter how many times I re-watch this video.

Worse yet, Labour’s Deputy Leader Angela Rayner, in her earthy Yorkshire accent, barrelled right past the plausible deniability of the vocative case and traipsed straight in the second person, pointedly asking Johnson in another recent debate, “So, Prime Minister, how’s it going? Are you ok?”

Perhaps the exigencies and disruptions of the pandemic have contributed to this slippage and caused the Mother of Parliaments to abandon its own traditions. But the blame falls squarely on Speaker Sir Lindsay Hoyle, who has failed to enforce the rules and turned the British House of Commons into a bastion of second-person pronouns. (But he can at least wear a robe properly). His predecessor, John Bercow, never allowed this sort of thing, and perhaps his successor will not either. The ancient tradition remains fit for purpose today. It recognises the authority of the Speaker of the House and that members cannot speak except when the chair allows them to do so.

A certain segment of fastidious middle-class and middle-brow fusspots in Canada — those who like Samara Centre for Democracy, think that 110 km/h on the highway is too fast, oppose selling alcohol in grocery stores, and don’t understand why non-Torontonians hate Toronto — agonise how our House of Commons fails to uphold decorum and decency and all that. While our House of Commons did shift in tone in 1993 compared to how it acted in the 1970s and ’80s, these types still misremember what our House of Commons was in the mid-20th century and want to harken back to a golden age that never existed.

These genteel Canadians would feel absolutely horrified if they ever watched Prime Minister’s Questions in the United Kingdom or Australia, because British and Australian MPs are generally FAR more shouty and disrespectful than ours, and they often show contempt for the Speaker of the House that would never happen here in Ottawa. Canadian MPs simply do not defy the Speaker’s call to order in the way that British MPs routinely do.

My area of academic expertise lies in Canadian political institutions, especially the Crown, political executive, and conventions of Responsible Government; since 2011, I have made a valuable contribution to the scholarship by having been published and cited extensively. I’m also a contributing editor to the Dorchester Review and a member of the editorial board of the Journal of Parliamentary and Political Law.
View all posts by J.W.J. Bowden →
This entry was posted in Decorum, Parliament. Bookmark the permalink.