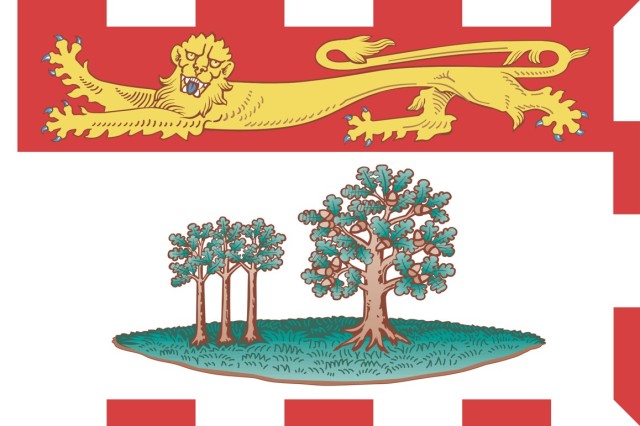 Premier Wade MacLauchlan on 26 March 2019 advised Lieutenant-Governor Antoinette Perry to dissolve the 65th General Assembly of Prince Edward Island and issue writs of election for polling day on 23 April 2019.[1] Prince Edward Island’s fixed-date election legislation had originally scheduled the next provincial election for October 2019, but since that would have coincided with the scheduled federal election, the law would have postponed the provincial election to April 2020 and thus pushed the 65th Assembly perilously close to its absolute maximum lifespan of five years (4 May 2015 to 4 May 2020), as prescribed in section 4(1) of the Constitution Act, 1982. With a writ of 28 days, MacLauchlan would have had to advise the Lieutenant Governor to dissolve the 65th General Assembly on Monday, 23 March 2020 so that the general election could have been held on Monday, 20 April 2020. This 65th General Assembly would certainly have become the longest-lived elected assembly under a fixed-date election law if MacLauchlan had allowed it to run out the clock for another year.

MacLauchlan dismissed criticism of his second early election, saying: “It’s been four years. We had a mandate and fulfilled it. This is an opportunity to ask Islanders for their confidence to build on that record.”[2] But MacLauchlan’s gambit failed. On 23 April 2019, Prince Edward Islanders elected the first minority legislature in their province’s long history of Responsible Government since 1851: in an assembly consisting of 27 MLAs, the Progressive Conservatives won 12 seats; the Greens, 8; the Liberals, 6 on polling day,[3] and the Progressive Conservatives won an additional seat in a by-election on 15 July for a total of 13.[4] The Greens became the Official Opposition for the first time anywhere in Canada[5]; the Liberals came in third, and Wade MacLauchlan even lost his own seat.[6] MacLauchlan confirmed the following morning, on 24 April, that he would resign as premier.[7]

Not since the 19th century have voters elected a minority legislature, and never before 2019 had a single-party minority government in Prince Edward Island succeeded in winning the confidence of the legislative assembly on an Address-in-Reply and budget.[8]

“Islanders have given Mr. Dennis King and the Progressive Conservative Party the plurality of seats and I believe Islanders will want me to give him the opportunity he deserves to form a new government.”[9]

Peter Bevan-Baker, leader of the Green Party and Her Majesty’s Loyal Opposition, responded to the Lieutenant Governor’s press release by differentiating between how Dennis King “has the confidence of the Lieutenant Governor” but that “The confidence in order to proceed with government here has to come from the legislative assembly.”[10] This is true, and it is often forgotten that the Confidence Convention means that the Governor expresses confidence in a party leader by commissioning him or her as First Minister, usually in Canada before the 1st session of the new legislature meets; only thereafter would the new ministry demonstrate whether it can also command the confidence of the elected assembly.

Her Honour formally commissioned King as Premier and swore in the new Progressive Conservative cabinet at Government House on 9 May 2019.[11] King opted to lead a single-party minority government rather than entering into a coalition government or even a supply agreement with the Greens or the Liberals and instead pledged to work with each party case by case in order to pass legislation,[12] rather like what Prime Minister Harper did between 2006 and 2011. In contrast, New Democratic Premier Horgan of British Columbia struck up a formal supply agreement with Andrew Weaver’s Green Party in 2017. This seems wise, because forming a coalition or entering into a supply agreement with the Greens, the Official Opposition which won only 4 fewer seats, would fundamentally de-stabilise the 66th General Assembly by depriving it of an effective opposition and turn Peter Bevan-Baker from Leader of the Opposition into the second-most important cabinet minister. Likewise, forming a coalition with the Liberals after they had just lost power would seem like a self-defeating proposition under the circumstances.

Like most leaders of the various iterations of the Green Party of Canada, Bevan-Baker professes to dislike partisanship, despite leading a political party, and he seeks shambolic partisan truces which last only as long as other parties follow the Greens’ diktats and rules; the moment another party disagrees, the Greens then attack, denounce, and question the legitimacy of that party on the grounds that it practises “the old way of politics.” Elizabeth May leads the Green Party of Canada in a similar manner, focusing on process issues and calling for political civility while strenuously denouncing those with whom she disagrees; she slandered Stephen Harper as a “fraud” in the 2008 French-language leaders’ debate, othered and questioned the Canadianness of Stephen Harper and other Conservatives, and drunkenly dropped f-bombs at Press Gallery Dinners as a “joke.”[13] Bevan-Baker does not operate within a standard adversarial politics and Government-Opposition dynamic of Responsible Government but something more akin to the Consensus Government of Northwest Territories and Nunavut or the consociational power-sharing governments of Northern Ireland.

Some journalists reported that Bevan-Baker had offered a confidence and supply agreement to Premier King’s Progressive Conservatives, but this description seems inaccurate based on what the Greens actually pursued. Since Bevan-Baker also sent this proposal to the Liberals, who are not in government and have no control over government bills, it should really be characterized more as the Green Party’s Code of Conduct because confidence-and-supply agreements, by definition, can only be struck with the party in government: an opposition party supports the governing party’s supply bills, thus keeping it in power, in exchange for some policy concessions.[14] But that is not what Bevan-Baker proposed. He did not seek a specific platform or set of policies in exchange for propping up the government, as Andrew Weaver’s Greens did from John Horgan’s New Democrats in British Columbia in 2017; instead Bevan-Baker sought general control over the process of legislative business and the government itself as if the Progressive Conservatives, Greens, and Liberals all formed part of a Grand Coalition, or that they were all Regular Members and Executive Councillors with no party affiliation under Consensus Government. He demanded not any policy concessions on environmental measures and the like but de facto control over the entire legislative process:

Private pre-budget consultations with each opposition party, prior to cabinet budget deliberations.

Consultation regarding ‘significant government appointments’ prior to the appointments being made.

Two weeks’ advance notice of bills to be introduced in the legislature, with briefings on those bills as requested.

Bevan-Baker even made this unintentionally revealing comment asserting that he, as Leader of the Opposition, plays a role in “running the government,” when he in fact remains an MLA and not an Executive Councillor:

You cannot go out and buy a cellphone these days without signing a 10-page agreement on what you can and can’t do. And here we’re trying to run the government of a province in Canada. So it’s, in my mind, absolutely necessary that we lay the groundwork … about what’s OK and what’s not OK and how we’re going to work together.[15]

In reality, the Rules of the Legislative Assembly of Prince Edward Island already lay that groundwork which MLAs must follow.[16] If Bevan-Baker does not like how house business is conducted, then he should table a motion that the Rules be amended.

After Islanders elect their 66th General Assembly in April 2019, their next general election would be scheduled for October 2023 – and then postponed again until April 2024 if the federal election scheduled also remained scheduled for October 2023.[23] The CBC’s coverage does not mention this pertinent detail and operates on the presumption that the Legislative Assembly will without doubt continue only until 2023, even though this is not what the Elections Act says.[24] Therefore, the strong possibility remains that the Island’s fixed-date election law would schedule the 66th General Assembly to last for its absolute five-year maximum yet again; at minimum, it would schedule the upcoming 66th General Assembly to last four and a half years instead of merely four. Prince Edward Island’s legislature would have to amend the Election Act to schedule general elections in May or June in order to avoid a third early election. But even if the assembly does not amend or repeal the law, this minority legislature might prove the province’s saving grace by necessitating an election after say, two or three years, instead of four.

[13] Deddeda Stemler, “Elizabeth May Promises Greater Civility,” The Globe and Mail, 26 March 2011; Laura Stone, “Lunch With Elizabeth May: On Shrimp, The Senate, and Why the Prime Minister Is ‘Not Canadian’,” Global News, 5 June 2013; Andrew Russell, “Green Party Leader Elizabeth May Drops F-Bomb During Press Gallery Dinner Speech,” Global News, 10 May 2015.

My area of academic expertise lies in Canadian political institutions, especially the Crown, political executive, and conventions of Responsible Government; since 2011, I have made a valuable contribution to the scholarship by having been published and cited extensively in my field. I’m also a contributing editor to the Dorchester Review and a member of the editorial board of the Journal of Parliamentary and Political Law.
View all posts by J.W.J. Bowden →
This entry was posted in Caretaker Convention & Government Formation, Crown (Powers and Office), Fixed-Date Elections, Formation of Governments, Reform. Bookmark the permalink.