Dissolution By Demise of the Crown 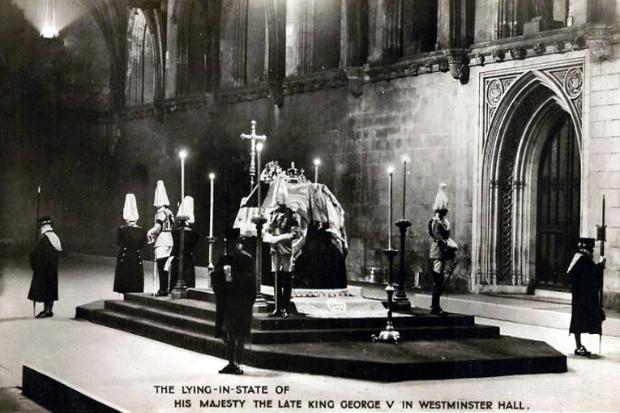 In his famous treatise Commentaries on the Laws of England, Blackstone identified that dissolution can occur through one of three ways:

“By length of time” corresponds to dissolution by efflux of time. Dissolution “by a demise of the crown” meant that a sitting Parliament used to dissolve automatically upon the death of the reigning Sovereign who had originally issued its writs of election and summoned it. I devoted only a few paragraphs to the subject because I thought that dissolution by demise of the Crown could no longer possibly happen. But recently Gaston Deschenes, an historian from Quebec, has written in “…Long Live Our Noble Queen … (air connu)” how an error or quirk of legislative drafting from 1982 might have rendered Quebec’s legislature vulnerable to a revivified automatic dissolution by demise of the Crown. Patrick Taillon alerted me to the post on a French-language Facebookgroup “Revue de l’actualite constitutionnelle”, where I offered some thoughts in my second language. (I’m grateful that Patrick invited me to the group, and I respect that its vehicular language is French. That said, some of the more left-wing Quebec nationalists on the forum are probably less happy that Patrick invited me to it!)

Deschenes had raised a very interesting question of dissolution by demise of the Crown, and it deserves a more thorough examination in my mother tongue than what little I could muster on the other forum.

The History and Rationale of Dissolution by Demise of the Crown

Generally, Deschenes provides an accurate statement of the facts on how dissolution by demise of the Crown worked and happened until the mid-19th century, though I don’t share his vision of Dem Quebecker Volk and Die Volksrepublik Quebec and the commentary which flows from that nationalism.

Until the Tudor period, English parliaments typically lasted, at most, one year, and “parliament” did not sit permanently and regularly as they do today. Instead, the Sovereign summoned “a parliament” only when necessary. Parliament’s transition from count noun to a mass noun reflected its growing importance. Not until Thomas Cromwell and the Henrician Reformation of the 1530s did the civil service emerge as a separate entity from the king’s household and parliament emerge as a policy-making body beyond obtaining supplies.[2] Henceforth, parliament would play a regular, ongoing, and active role in the modern State as opposed to its sporadic and ad hoc function in the medieval State. In the Middle Ages, a parliament could dissolve automatically upon the demise of the Crown without causing disruption to the Realm. If anything, this principle gave the new Sovereign more room to manoeuvre and pursue his own aims.

Parliament started to emerge as the permanent institution that we know today after the Glorious Revolution of 1689 and the Triennial Act of 1694. Blackstone’s second method comes into play at this stage. Parliament modified the medieval, common-law custom of automatic dissolution “by a demise of the Crown” through the Succession to the Crown Act, 1707, which instead allowed the parliament to continue for up to six months after a demise of the Crown. Finally, the Westminster Parliament abolished this principle altogether through the Representation of the People Act, 1867 so that a parliament would continue irrespective of a demise of the Crown. Similarly, the United Province of Canada abolished the principle of automatic dissolution upon the demise of the Crown in 1843, and the Dominion of Canada re-affirmed its abolition in new legislation in 1867.[3]

The statutory elimination of what Blackstone lists as the second method of dissolution fits a general legislative pattern over the 17th, 18th and 19th centuries whereby the Westminster Parliament has passed statutes which modify common law principles so that overall English and British law reconciles with the fact that the Crown is a corporation sole, which Blackstone also pointed out in this treatise.[4] Laws like the Succession to the Crown Act, 1707 and the various Crown Estates Acts therefore replaced the Sovereign’s personal capacity with the Sovereign’s legal capacity as the default authority of State functions. In other words, the Sovereign now summons parliaments in his or her perpetual legal capacity, which transfers intact to his or her successor upon a demise of the Crown, and no longer in his or her mortal personal capacity. In contrast, the Sovereign owns certain properties like Sandringham and Balmoral in his or her natural capacity, so they do not automatically transfer to the Sovereign’s heirs and successor’s upon a demise of the Crown, but instead in accordance with standard laws on wills and inheritance of property.

Incidentally, all this means that Deschenes is correct that the parliamentarians’ oath of allegiance has historically signified loyalty to the reigning King or Queen in his or her natural capacity instead of the Crown in its corporate capacity. This is why the parliamentarians’ oath of allegiance does not include the line about “her heirs and successors”, as other oaths of allegiance, such as those prescribed for naturalized Canadian citizens in the Citizenship Act do. In theory, the parliamentarians’ oath of allegiance in Canada should have changed in the 19th century from being an oath to the Sovereign’s natural capacity to the Sovereign’s corporate capacity when the Province of Canada abolished dissolution by demise of the Crown in 1843 – but as so often happens in our evolutionary political tradition, small inconsistencies crop up over time, and by oversight rather than by design.

Deschenes concludes that Quebec’s legislature might have inadvertently subjected itself to automatic dissolution by demise of the Crown through bad legislative drafting in 1982, when the current National Assembly Act entered into force:

Deschenes points out that the former Legislature Act used to contain a provision inherited from Lower Canada and the Province of Canada which replaced the old custom at Common Law that the death of the reigning Sovereign and demise of the Crown automatically effected the dissolution of the legislature summoned in that deceased monarch’s name but that the new National Assembly Act does not include this or similar wording. Deschenes therefore posits that by repealing and not replacing this provision from the old Legislature Act, the National Assembly Act has inadvertently revived the old custom, which means that Quebec’s legislature would automatically dissolve upon the next demise of the Crown.

In principle, Deschenes could make a viable argument that repealing but not replacing that provision has revived the old custom. However, in this particular case, another provision of the National Assembly Act would still preclude the revival of dissolution by demise of the Crown. Julien Fournier pointed out in the aforementioned Facebookgroup that section 6 of the National Assembly Act states pointedly and unambiguously that “Seul le lieutenant-gouverneur peut dissoudre l’Assemblée nationale avant l’expiration d’une législature.[5]” In other words, the Legislature of Quebec can only be dissolved in two ways: automatically by efflux of time, or if the Lieutenant Governor dissolves it earlier on the advice of the Premier. (I go into more detail into dissolution by efflux of time in Quebec in pages 79 to 81 of my thesis as well).

However, I think that the Legislature of Quebec should have retained the old wording as well: “Aucune législature de la province n’est dissoute par le décès du souverain […],” if only out of deference to historical precedent and to remove any doubt. More fundamentally, it should never have re-named its operative statute from “Legislature Act” to “National Assembly Act” because those titles refer to two different things. The Legislature of Quebec (its provincial Crown-in-Parliament) consists of the Lieutenant Governor and the National Assembly – and it used to consist of its Legislative Council as well from 1867 to 1968. The so-called “National Assembly Act” is, in reality, a Legislature Act because it covers topics which pertain to the entire provincial legislature and not the National Assembly alone. That is why the statute also mentions the Lieutenant Governor out of necessity, like in section 6. This Great Renaming from 1982 represents the anti-monarchist, secessionist Parti quebecois’ impulse to gloss over the Crown and mask the fact that provincial executive authority flows from the Crown of Canada in Right of Quebec, thereby giving the illusion that Quebec has already become an independent republic, the general will of which flows from the National Assembly alone. That this happened in 1982 also seems like a poor consolidation prize and an act of petulant defiance against the result of the Referendum of 1980, in which Premier Levesque’s proposal for secession (veiled in deliberately mendacious, dissembling verbiage though it was) went down in a massive defeat.

It would be very ironic if this act of defiance against the Crown ended up reviving an old and inconvenient custom of automatic dissolution by demise of the Crown, but I do not think that it has.

[1] Sir William Blackstone, Commentaries on the Laws of England in Four Books. Notes selected from the editions of Archibold, Christian, Coleridge, Chitty, Stewart, Kerr, and others, Barron Field’s Analysis, and Additional Notes, and a Life of the Author by George Sharswood. In Two Volumes, Volume 1, Books I & II, edited by George Sharswood (Philadelphia: J.B. Lippincott Co., 1893) at 187.

[4] Sir William Blackstone, Commentaries on the Laws of England in Four Books. Notes selected from the editions of Archibold, Christian, Coleridge, Chitty, Stewart, Kerr, and others, Barron Field’s Analysis, and Additional Notes, and a Life of the Author by George Sharswood. In Two Volumes, Volume 1, Books I & II, edited by George Sharswood (Philadelphia: J.B. Lippincott Co., 1893) at 469.

My area of academic expertise lies in Canadian political institutions, especially the Crown, political executive, and conventions of Responsible Government; since 2011, I have made a valuable contribution to the scholarship by having been published and cited extensively in my field. I’m also a contributing editor to the Dorchester Review and a member of the editorial board of the Journal of Parliamentary and Political Law.
View all posts by J.W.J. Bowden →
This entry was posted in Crown (Powers and Office), Dissolution. Bookmark the permalink.

9 Responses to Dissolution By Demise of the Crown