Why Can’t Anti-Monarchists Get the Basic Facts Right? 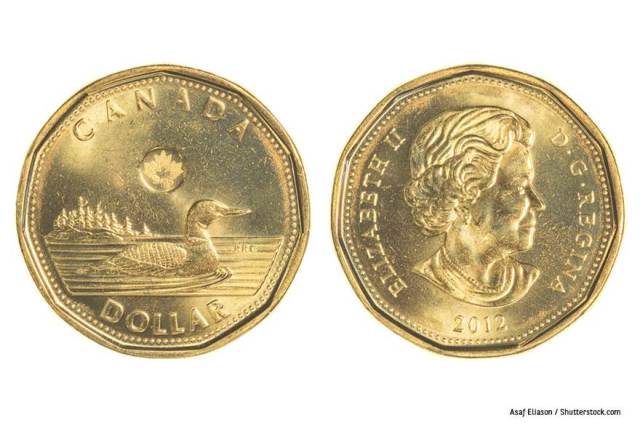 Maybe the Queen of Canada’s effigy looks at us through her peripheral vision — but I wouldn’t even call that a one-eyed stare.

I normally don’t bother responding any longer to these obligatory anti-monarchist op-eds that tend to appear each July, if only because the republican arguments remain constantly inaccurate — almost like a political science equivalent of Newton’s Laws. Most republican op-eds and essays these days adhere to the same formulaic tropes, like vague appeals to an over-arching historical dialectic or teleology, and refusal to acknowledge how the Crown of Canada has evolved since the 19th century. They’ve become boring to read.

From 2011 to 2014, I wrote about a dozen blog entries on the subject of anti-monarchism, and I’ve covered all of their core arguments therein. In particular, I’d point readers to my response to Paul Heinbecker from July 2014. (July is their favourite month). As I’ve demonstrated and documented in depth in these previous posts, prominent republicans like Paul Heinbecker and Duff Conacher present mendacious or outright deceptive and false assertions as truth and can’t (or choose not to) get the basic facts right. One can make a normative case for republicanism or present proposals on precisely how the Dominion of Canada could become the First Federal Republic of Canada. I suspect that republicans can’t or don’t get the facts right because they care more about normative propositions than how the current system in fact works. Why would they waste time learning about a constitution that they want to mutilate or destroy outright?

But this column is different. It presents some mistakes of a different type. Mandy Pipher, whom the Toronto Star identifies as an PhD student of English at the University of Toronto, relies on the predictable republican tropes. But she also doesn’t even seem to understand the distinction between a subject in portrait and a subject in profile. It’s good that she’s not an art history major.

The Queen of Canada’s official portrait is a good example of a portrait, in the sense that the eyes look outward.

In a boilerplate teleological title (history inexorably moves toward republics, remember), “It’s time to shed the last vestiges of colonialism,” Pipher proclaims. She then mocks the Royal Canadian Mint’s coins, saying “The Queen of England looks at us one-eyed from every coin that passes through our hands.” 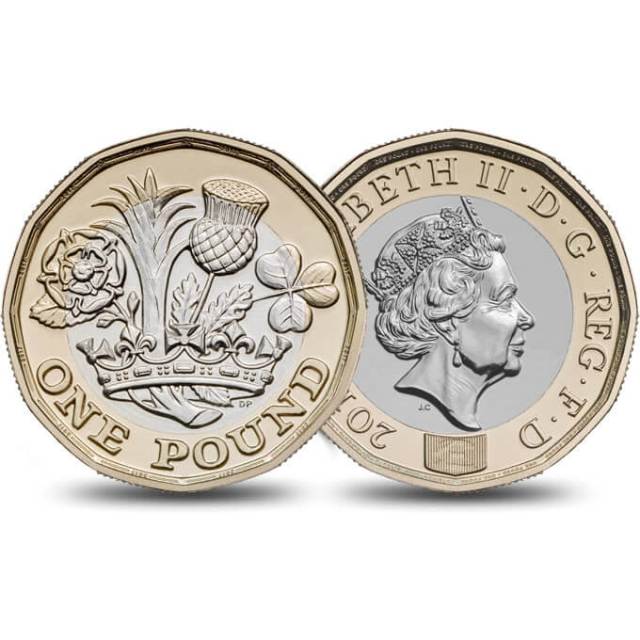 The Royal Mint’s likeness is, quite frankly, far less flattering. I don’t really like it that much. The Canadian likeness is better! And the One-Pound Coin even depicts the floral emblems four nations of the United Kingdom: the English Tudor Rose, the Welsh Leek, the Scottish Thistle, and the Irish Clover.

Second, the likeness of the Queen of Canada on the Royal Canadian Mint’s coins isn’t looking at us one-eyed; in fact, she’s not looking at us at all. The Sovereign’s likeness is depicted in profile, which means, by definition, that the effigy is looking away in the distance and not at the person holding the coin.  Only likenesses depicted in portrait look at us, normally with both eyes.

The rest of the column contains numerous unfounded assertions which, unlike the aforesaid, don’t even have the virtue of being amusing.

“Yet we cling to the increasingly ludicrous symbolic remnants of the British Empire. We have Lieutenant-Governors in the provinces and a Governor-General in Ottawa — representatives of the British Monarchy.”

Wrong. First, the governors today represent the Queen of Canada, a separate legal person from Queen of the United Kingdom. The one and indivisible Imperial Crown of the 19th century has multiplied into a personal union. Second, the lieutenant governors have always been appointed by the Governor-in-Council (i.e., the Governor General acting on the advice of Cabinet), even in the 19th century, so they never held a direct link to the Empire in the way that Governors General did until the 1930s.

As discussed, wrong. And repeating “the Queen of England!” with an exclamation mark doesn’t make it any less wrong.

She then asserts that the First Federal Republic of Canada would, ipso facto, improve the lot of indigenous Canadians, as if it could erase all the history which has happened up until now. Worse still, she omits that this transformation would destroy the institution, the Crown of Canada, which is party to all the treaties with indigenous peoples. The United States of America serves as a direct comparison to the Dominion of Canada in this respect, and the fact that it is a constitutional republic and not a constitutional monarchy doesn’t really change the overall dynamic between white settler populations and indigenous populations. If I can put it another way, anti-colonialist or anti-imperialist arguments and viewpoints do not depend upon the form of government of the colonizing power, but instead of the act of colonization itself and the resulting power imbalance between the colonizer and the colonized. This is why both the monarchical British Empire and the republican French Empire both went through these protracted, and often violent, de-colonization movements after the Second World War. Throughout this section, Pipher describes the Sovereign as a “colonial power” and a “distant, tyrannical parent.”

Somehow, Canada is simultaneously the colony of a distant, tyrannical parent, but it is also bad that the British government today treats Canadian citizens as something other than British citizens.

“The British feel no special connection to us. Their government treats us no differently than the U.S. or any other ally.

As a Canadian, my British visa application to study in England was about 15 pages and cost $1,000 — the same as an American. The British consulate in Toronto doesn’t even process visas for Canadians; they are sent through New York. My bank wouldn’t provide the financial documents requested by the British Home Office; standard in England, they were unknown here in Canada, and the authority of the U.K. meant nothing.”

Pipher’s own testimony shows that Canada is an independent, sovereign state — which is why the Government of the United Kingdom doesn’t treat Canadian citizens as British citizens, and why British banks and Canadian banks are subject to different sets of laws and regulatory frameworks.

She continues with this personal anecdote:

“My administrative woes are not the point; I share them as a glimpse into how much Canadian and British economic, political, and cultural systems have diverged. As Canadians, we are not treated like we belong in England, any more than Americans or Italians; the same is true of other Commonwealth citizens.

The British charge us as much as the Americans to live in their country, and they give us an equally hard time at the border. As far as Britain is concerned, in every way that counts, we are foreigners.”

Again, this is because Canada is an independent, sovereign state and no longer a colony of the Imperial Crown, which itself no longer exists as such. As with Heinbecker’s accounts from his article in 2014, Pipher’s anecdotes prove the opposite of what she’s trying to argue. The British government treats Canadians like foreigners in most matters because we are not British citizens; the Common Imperial Citizenship died on 1 January 1947 when the Canadian Citizenship Act entered into force. The British Empire of Crown colonies and territories has long since given way to the Commonwealth of Nations, which consists, in the main, of former British colonies which have since become republics and the 16 Commonwealth Realms that make up the personal union of Crowns.

Incidentally, Pipher’s assertion that “Canadians are not treated like we belong in England [sic]” — should be United Kingdom — “any more than Italians” is false, for at least two reasons. First, citizens of other Commonwealth Realms, and even some of the republics which are member-states of the Commonwealth of Nations, are classified under British law as “Commonwealth Citizens” — not British, but not completely foreign either. The United Kingdom thereby grants Canadians, and citizens of other Commonwealth countries, the right to vote in British elections after living in the United Kingdom for a certain time. However, the rights of  Commonwealth Citizens in the United Kingdom do not extend to immigration and border control — which is why Pipher had to fill out a lengthy visa application in order to study at a British university. Second, the United Kingdom is still a member-state of the European Union (though that will soon change), which means that, under the Treaty of Maastricht, it has no authority to restrict immigration levels of passport-holders of other European Union member-states, like Italy. So in these ways, both a Canadian and an Italian would be treated differently from one another and differently relative to an American under British law. In other words, British law pertaining to citizenship and border control (until the Westminster Parliament sorts out Brexit) currently recognizes these four distinct categories of citizens: British citizens, Commonwealth citizens, European Union citizens, and citizens of all other countries. But border checkpoints and passport control at customs normally separate travellers into two line ups, one for British and other European Union passport-holders, and one for everyone else.

Overall, Pipher’s column is self-contradictory. On the one hand, she vociferously opposes the history of the British Empire and considers it tyrannical; on the other hand, she laments the fact that the British government treats Canadian citizens like foreigners in most areas — even though this can only be true precisely because of the fact that Canadian is an independent, sovereign state and not a colony within a tyrannical Empire. More than likely, this column stems from a personal resentment and a bad experience with the British civil service and/or the British university at which she studied. It certainly doesn’t flow from facts.

My area of academic expertise lies in Canadian political institutions, especially the Crown, political executive, and conventions of Responsible Government; since 2011, I have made a valuable contribution to the scholarship by having been published and cited extensively in my field. I’m also a contributing editor to the Dorchester Review and a member of the editorial board of the Journal of Parliamentary and Political Law.
View all posts by J.W.J. Bowden →
This entry was posted in Monarchism v Republicanism. Bookmark the permalink.

3 Responses to Why Can’t Anti-Monarchists Get the Basic Facts Right?