The Adoption of the Maple Leaf May Have Saved Constitutional Monarchy

The final design of our old national flag, the Canadian Red Ensign, flew proudly from 1956 to 1965

After the acrimonious Great Flag Debate, the Parliament of Canada adopted the current Canadian flag, the Maple Leaf, and first flew it on 15 February 1965. The Maple Leaf replaced the Canadian Red Ensign as our unofficial national flag and the Royal Union Flag as our official national flag. Parenthetically, Diefenbaker and many journalists pronounced the flag’s name /ˈɛnsaɪn/ instead of /ˈɛnsɪn/. Despite my historical nostalgia for the Red Ensign, I would never seriously advocate for its official reinstatement; I grew up entirely under the standard of the Maple Leaf and know no other Canadian flag. From a marketing perspective, this flag makes Canada easy to identify on the international stage; and from a national perspective, it offers a simple, effective symbol of unity. Certain groups of course, such as some Quebec nationalists and secessionists, will never accept it, but the vast majority of Canadians do identify with the Maple Leaf.

In fact, I argue that republicanism is more prominent in Australia and New Zealand (though especially the former) than in Canada partially because we adopted our own unique national flag that eliminated the Royal Union Flag from the canton; the Maple Leaf, therefore, may have deprived the republican movement in Canada of the perfect symbol of colonial subordination.

Just imagine: in the month of May or June, the Prime Minister said that he would have his flag by July 1st – he didn’t say “Dominion Day” because that’s an expression that’s taboo in the Liberal circles. Then he was going to have his flag by the time the Queen visited Canada. And then he was going to have a flag by Christmas. And when he found difficulty in achieving the latest of his predictions, he brought in a flag by closure.

In his wonderful Scottish brogue, Douglas objected to Pearson’s invocation of closure and wanted to move onto other matters like pensions, but seemed to support the adoption of the Maple Leaf in principle.

While I’d like to see the filibuster brought to an end, I don’t think that the government was justified in introducing closure, because in a way they painted themselves into this corner. By saying that he would have a flag before Christmas, […] the Prime Minister really forced the House into supporting closure or having a continued debate. […] I don’t think that this is the best way to get a flag. 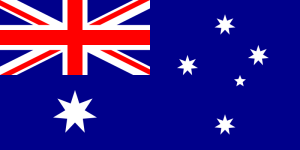 New Zealand’s flag also depicts the Union Flag in the canton and the Southern Cross.

In Australia and New Zealand, the debate on removing the Royal Union Flag from the canton of their national flags serves as a proxy war for and has become inextricably bound up with the broader, more fundamental political question of preserving the current constitutional monarchy or abolishing it in favour of a republican form of government. In other words, it is difficult if not impossible to separate the two questions and advocate for a new, distinct national flag that erases the Union Flag from the canton while still arguing in favour of constitutional monarchy. The current national flags of Australia and New Zealand both contain the Southern Cross (a constellation visible only from the southern hemisphere) and are therefore probably difficult to differentiate and have thus become symbolic lighting rods of debate around which both the monarchist defenders and republican detractors alike have coalesced, though flags should act as unifying national symbols that promote harmony. I hypothesize, therefore, that if Canada had kept the Canadian Red Ensign, it too would have become the symbol and standard-bearer of intense acrimony and disunity, completely politicized, and divisive.

Australia’s 60 Minutes aired this documentary on the festering Australia Flag Debate and the typical boisterousness of Australians.

My area of academic expertise lies in Canadian political institutions, especially the Crown, political executive, and conventions of Responsible Government; since 2011, I have made a valuable contribution to the scholarship by having been published and cited extensively. I’m also a contributing editor to the Dorchester Review and a member of the editorial board of the Journal of Parliamentary and Political Law.
View all posts by J.W.J. Bowden →
This entry was posted in Monarchism v Republicanism and tagged Great Flag Debate, John Diefenbaker, Lester Pearson, Maple Leaf, Red Ensign, Tommy Douglas. Bookmark the permalink.